The Bronze Copper has been found throughout Wisconsin except for the northernmost counties, and is common in the southern counties. It is found in moister habitats than the American Copper, and edges of wetland areas are prime spots for this showy butterfly. The butterfly is often found perching on vegetation, but when good nectar sources like Swamp Milkweed, Boneset, or Goldenrod are present, they are often very easy targets for the camera as they nectar away the day.

The upper surfaces of the male and females of this species are different. The male is mainly brownish, with a hint of purple that is best observed in fresh specimens. The hind wing margins of both the male and the females have orange bands.

The female differs in that the upper forewing has a copper-colored area with more obvious dark spots than the male. Below, the sexes are similar, with a large orange band on the hind wing margin, a very light color with black dots on the hind wing, and an orange/copper tinge to the front wing.

The Gray Copper is very similar to the Bronze Copper below, but lacks the orange on the front wing, so its wings are a uniform whitish color.

Wetlands and wetland edges where various species of docks and knotweeds are available as host plants.

A common butterfly in the southern counties, becoming less common to the north. 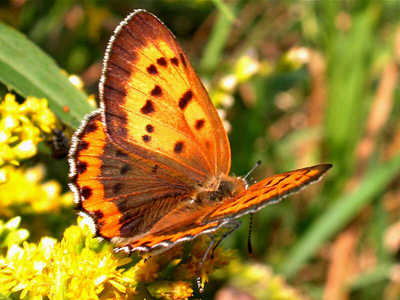 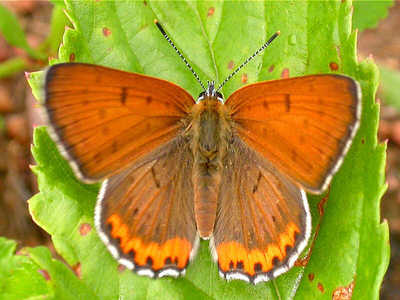 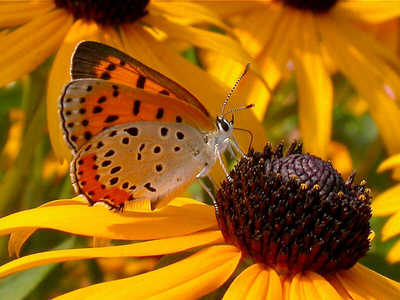 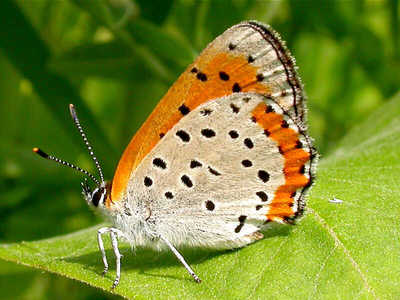 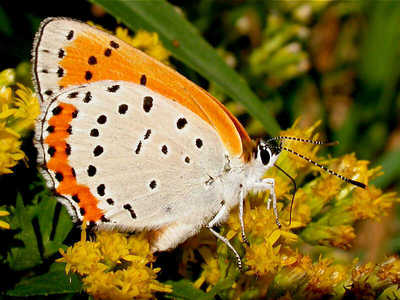