The Black Swallowtail is a common butterfly in Wisconsin. It commonly feeds on many different members of the Parsley family, including parsley, carrots, dill, and parsnip. It may also feed on Common Rue (Ruta graveolens), a domesticated herb.

Above: Black, with twin rows of yellowish spots on each wing. These markings are best defined in the male. Below: two rows of orange spots, and a yellow/orange hindwing cell spot, just to the inside of the submarginal band (orange colored in the top photo, this spot may be yellow or whitish).

Open areas; fields, meadows and parks where its larval hosts are found.

Two broods; early May and then in late July/August with the adults flying throughout August. A third brood may occur in the southern counties (Ebner, 1970).

Common throughout the state. 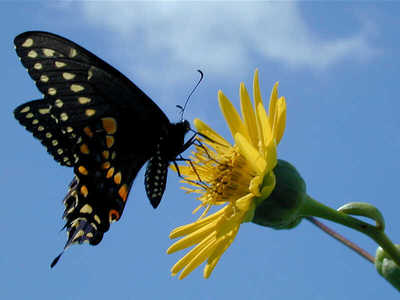 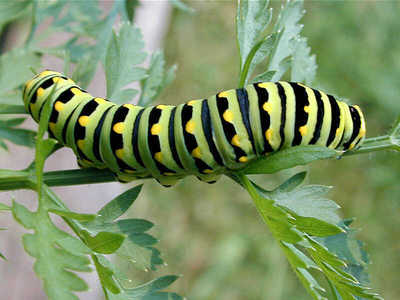 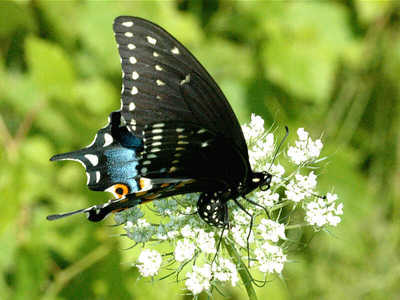 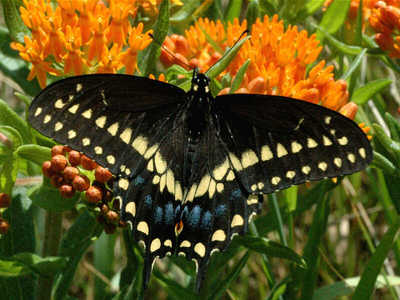 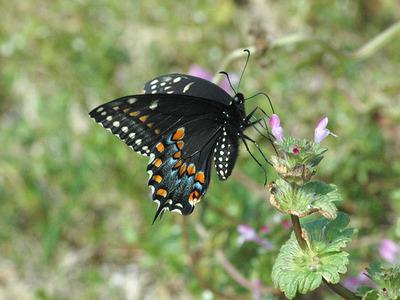