The Bog Copper is the smallest Copper found in Wisconsin. It is found exclusively in bogs where wild cranberry, its host plant grows. It is a very weak flier and typically flies very low to the ground in the wettest parts of the bog.

Notice that the butterflies in the photos are fairly worn and lack the bright colors that more recently emerged individuals would have.

The male is brown above, with a purplish sheen on fresh specimens, a larger spot in the middle of the upper wing, and several smaller spots. The female has many more spots, and the spots are usually all similar in size. Below, the ground color is pale, with a reddish submarginal zigzag pattern on the hind wing.

Acid bogs where cranberries are present.

One brood from the end of June through July.

Found in scattered locations throughout northern Wisconsin. This species, like many species that are limited to a very specific habitat, may become abundant where it is found. 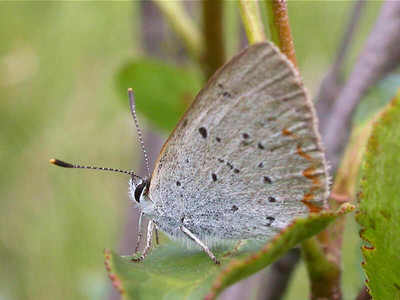 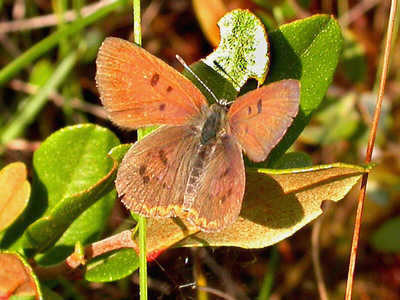 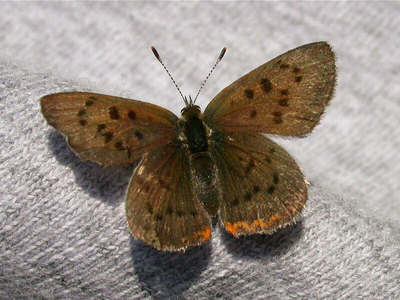 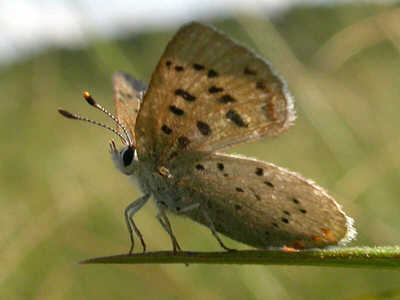 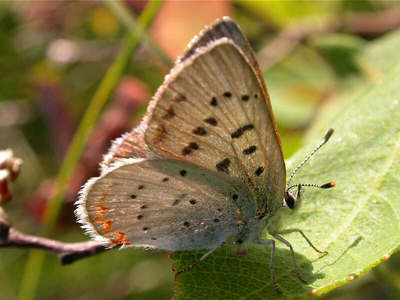