The Purplish Copper is one of those species that are localized in an area and if you find a colony, they are often are reliable butterflies to find at that location in the future. In Waushara County where I live there are several colonies of this species that I am know about and based upon my experience this species seems fairly common. However, this is not true throughout the state where I have only seen this species at three other sites.

Fresh, male specimens of this species show a purplish sheen over a mostly brownish background, with black spots and a black border. Males have an orange zigzag pattern on the hind wing margin, while females also have orange throughout the upper surface and additional splotches of orange showing through on the hindwing. The females do not have the purplish color of the males and are slightly larger. Below, the sexes are similar, the upper wing orange with black spots, the under wing a grayish orange with black spots and a thin zigzag, with an orange band in the hindwing margin.

Bog Coppers are smaller, associated solely with acid bogs where their host plants, cranberries, grow. Bog Copper females lack the orange on the upper wing above, and the ground color below is usually much lighter than in the Purplish Copper.

Moist areas where various species of Docks and Knotweed, the Purplish Copper’s host plants, are found.

Two broods in Wisconsin with a partial third brood some years. 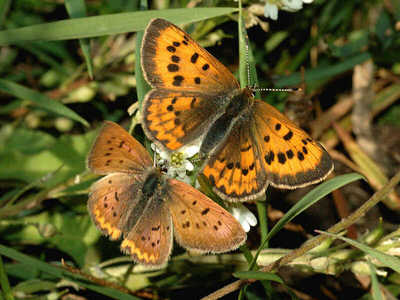 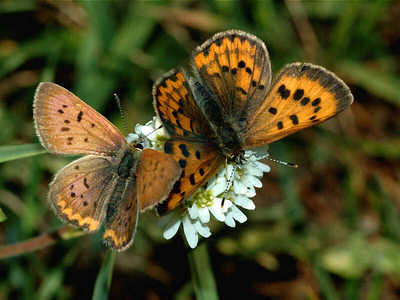 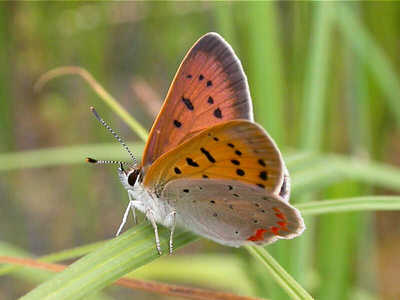 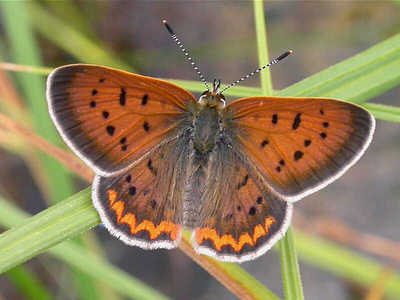 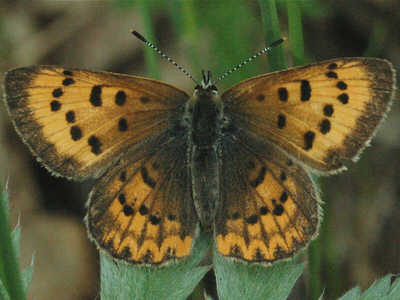 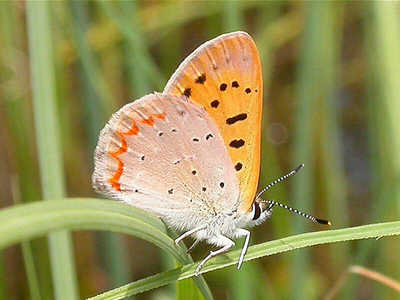