A fresh Coral Hairstreak on Butterfly Weed is an often photographed image. Although it uses a variety of nectaring sources, it seems to be most attracted to this plant. Like many of the Hairstreaks in Wisconsin, you will seldom see this species with its wings open; instead you are welcomed by the vivid orange (coral) spot band below that gives this species its common name.

Above, this species is brownish-gray with no tail. Below, it is characterized by the lack of a tail, a very pronounced coral band on the outer margin and a variety of black spots and dashes that are all bordered by white. Male and females are essentially alike.

Can be found in a variety of habitats where Wild Cherry and Plum, the main host plants of this species, are found.

This species is found throughout Wisconsin, but is not usually found in great numbers. 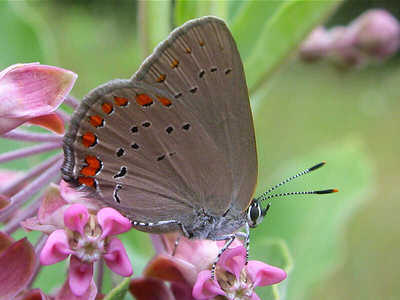 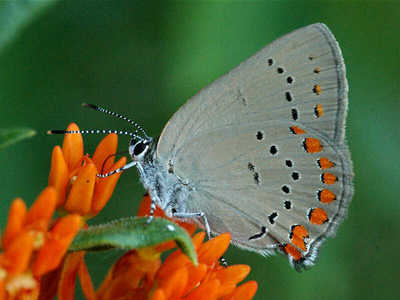 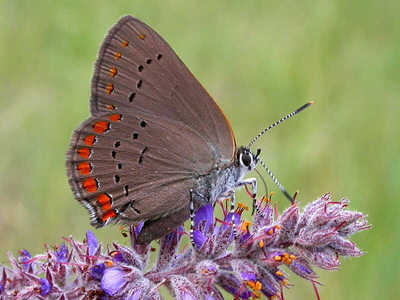