Clearings and woodland edges especially where Hickory, its preferred host plant grows. This species is also reported to feed on Walnut, Oak, and Ash.

The Hickory Hairstreak is not a common species in Wisconsin, but may be found throughout the state. This species, like the Banded and Edwards’ Hairstreaks have outbreaks where they may become locally abundant. 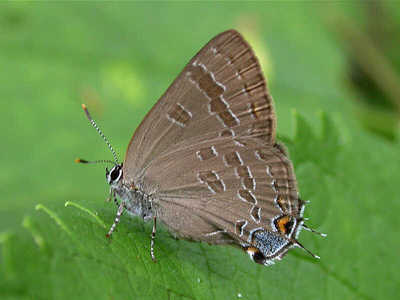