This easily recognized species, although found throughout the state, is far from common. In central Wisconsin, I had not seen this species for four years and felt fortunate to see three individuals at three different sites in 2003. All three were well within the woods and in shade. But I have also seen Striped Hairstreaks at woodland edges, where they interacted with both Edwards’ and Banded Hairstreaks.

The wide, offset bands with white on both edges distinguish this species from all other Wisconsin Hairstreaks.

Forest edges and opening in woodlands.

Never abundant and most likely seen as solitary individuals. I have only seen two of these butterflies together on one occasion. In NABA butterfly counts from throughout North America for 2002, this species was reported on 44 counts but the highest number of individuals recorded was ten. 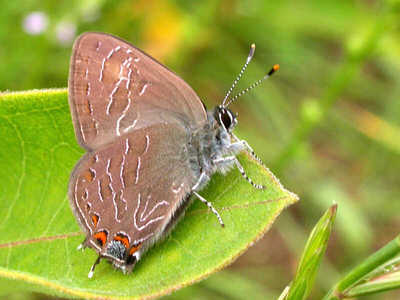 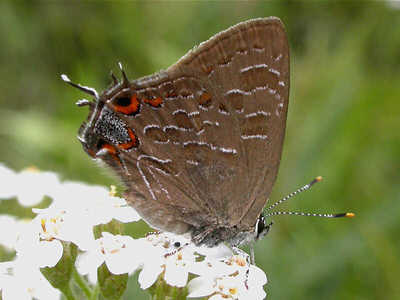 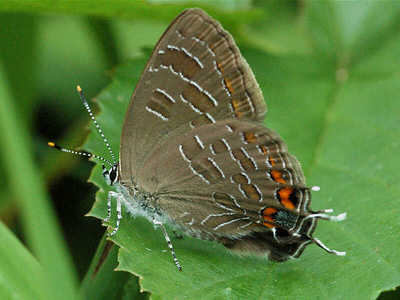 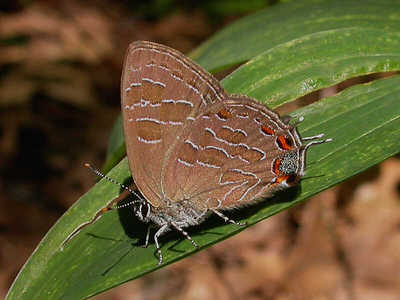