The Giant Swallowtail is an uncommon stray in most parts of Wisconsin. I saw my first Giant Swallowtail near Spring Green in 1988. It was a road kill I spotted while driving about 55 mph. It was unmistakable even at that speed, and much to my passengers’ chagrin, I stopped the car abruptly to retrieve this specimen. I later saw several in the parking lot at House-on-the-Rock and was in awe watching them fly among the trees. Later that year this species made it to Waushara County, where I tried in vain to locate larva on the hostplant, Prickly Ash. I saw this species only once in Waushara County between 1998 and 2007.

2008 was a very good year for Giant Swallowtails; they were reported from farther north than they had ever been reported in Wisconsin, and were seen in nearly half the counties.

Above: The largest Wisconsin butterfly with a wingspan that sometimes exceeds 5 inches. The upper wings are brownish with two bold yellow lines of spots that cross near the apex of the front wing, forming an “x”. Below: yellow with black veins and borders. The tail is spoon like with a yellow spot that can be seen from above or below.

Woodlands and open areas near woodlands, where the larval host plant, Prickly Ash, is found.

Two broods; early May and then in late July and August. This species strays northward occasionally. Ferge (2002) lists this species as widespread, but it is not clear that colonies of this species, especially farther north, are able to survive severe winters, and populations, rather than permanent residents, may periodically become repopulated from the south.

Not common, but hard to miss if you see the largest species of butterfly in the state glide past. 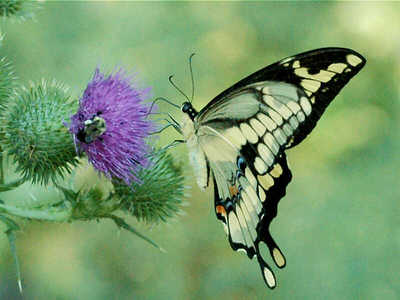 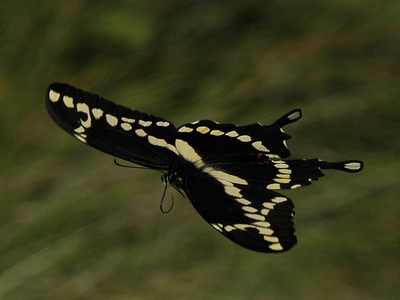 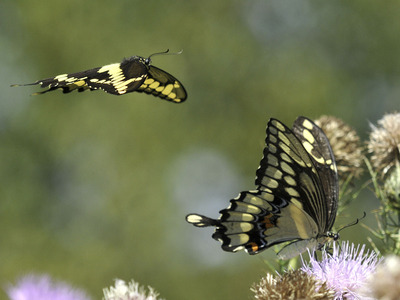 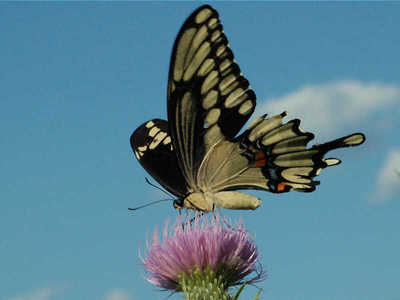 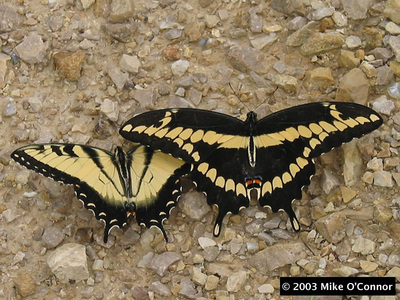 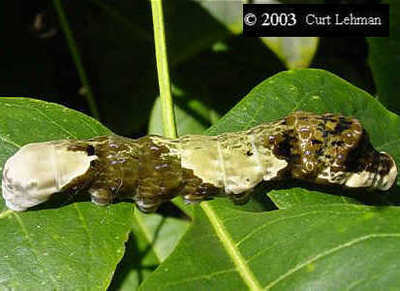