Prior to Ebner’s Butterflies of Wisconsin (1970), there had been only 7 specimens of Hoary Elfin, recorded from only two counties. It has now been recorded from 15 counties, mostly from the northern part of the state. This is not surprising since the Hoary Elfin is mainly a northern butterfly, being found throughout Canada and into Alaska.

The host plant of this species in Wisconsin is bearberry, which also has a statewide distribution but is also found more commonly in the northern part of the state. This species is closely associated with bearberry and is rarely found far from the plant.

The Hoary Elfin is mainly brownish below, with little or no white on the postmedian line of the hindwing. The outer margin of the hindwing and the forewing contain a lighter frosted area.

Pine barrens and woodland edges where its host plant bearberry is found.

Found throughout the northern half of the state, and less common southward. Like most of the Elfins in the state, you are not likely to see more than a handful of this species on any given day, but in very good habitat this species is abundant, and I have seen more than 50 in a day. 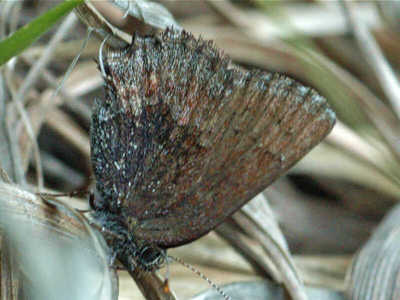 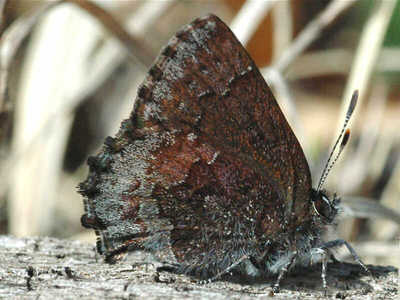 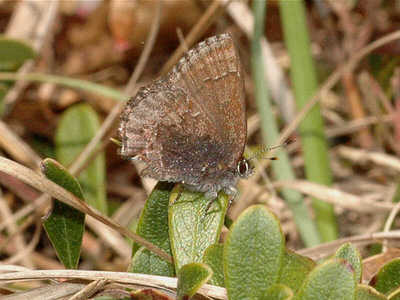 Perching on its host plant bearberry 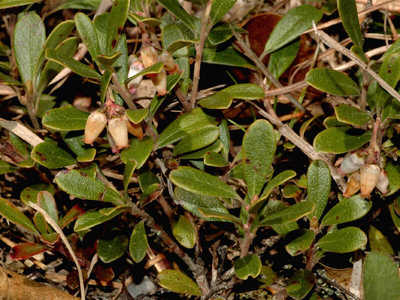