This butterfly is listed as threatened in Wisconsin. The Frosted Elfin is very local and uncommon throughout its range. Ebner does not list this species as occurring in Wisconsin. This species has been found in only five Wisconsin counties with the Karner Blue, a species whose larvae also feeds upon Lupine. I searched for this species in Jackson County without seeing a single one for four years. I finally saw this species for the first time in 2008.

The Frosted Elfin is reddish-brown color below, with little or no white on the postmedian line and little difference between the ground color of the inner and outer hindwing. Like the Henry’s Elfin this species has a frosted area on the outer edge of the hindwing but, unlike the Henry’s Elfin, it often has a dark spot near the tail. On the forewing, the postmedian line is not smooth and usually appears to be broken into separate white dashes.

The Henry’s and Hoary Elfins also have frosting on the hindwing margin. Henry’s Elfin usually does not have a dark spot near the short tail on the hind wing, has more of a contrast between the outer and inner halves of the hindwing, and has a postmedian line on the forewing that is smooth. The Hoary Elfin has frosting on the forewing margin which is lacking in the Frosted Elfin.

One brood. Has been observed from early May until early June.

Not common in Wisconsin. A state threatened species. 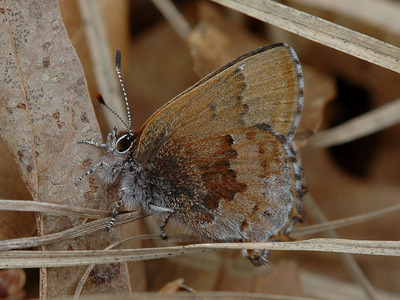 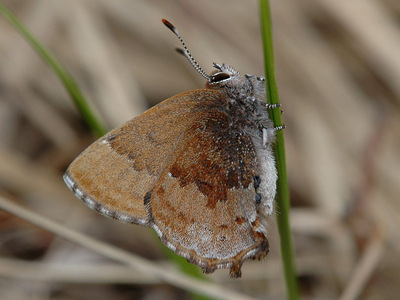 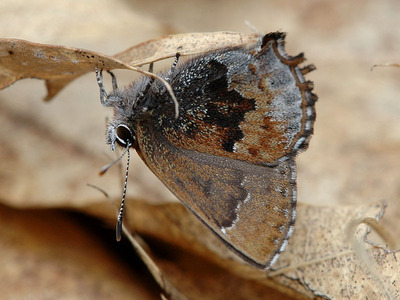 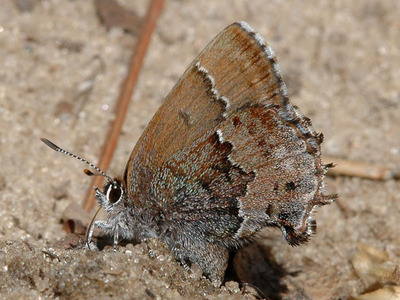 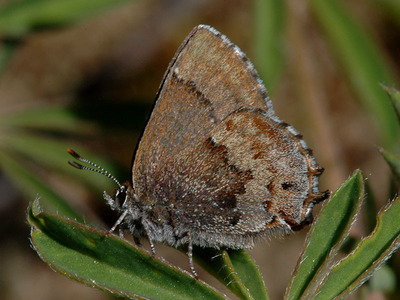 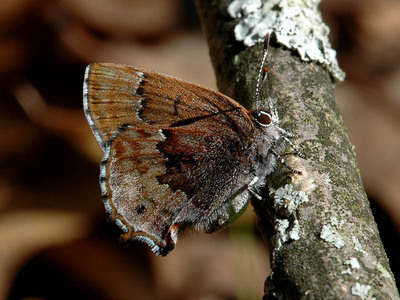