The Eastern Pine Elfin has been found throughout most of Wisconsin except the southeastern corner of the state. This species is found throughout the eastern United States, but becomes less common southward. The Western Pine Elfin is a very similar species that is essentially a western species, but with a scattered distribution near the Great Lakes region, and has been found in 7 counties in Michigan’s upper peninsula, one county in Minnesota, and has only recently been reported from Wisconsin. The third photo is of one nectaring on a grass, a highly unusual nectar source for any butterfly!

Below this species is mainly brown but with a boldly patterned hindwing with a white-lined postmedian line with a lighter grayish area to the outside of this line and then a jagged row of connected inward pointing darker Vs. Both wings have checkered margins. The forewing below has dark bars in the cell.

Found in open woodlands and barrens where White Pine and Jack Pine, the main host plants for these species, occur.

One brood. This species can be found in late May through June.

Widely distributed throughout the state, but never seen in large numbers. 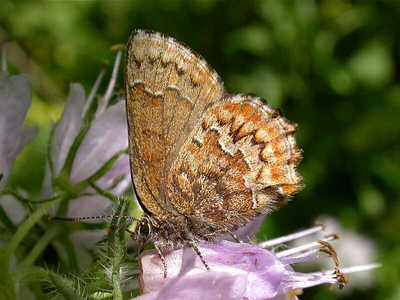 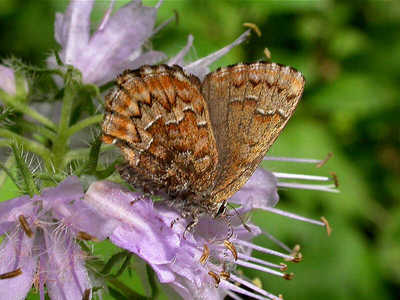 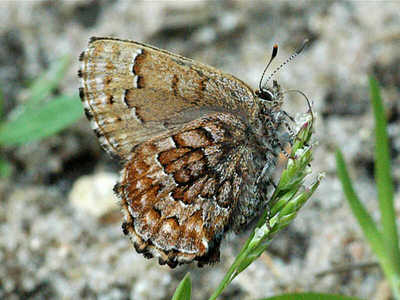