The Gray Hairstreak is one of the most widespread butterflies in the continental United States, but is uncommon in Wisconsin. In Butterflies of Illinois, Bouseman and Sternburg consider it rare and uncommon in northern Illinois, “where it may not survive the winter.” This certainly seems to be the case in Wisconsin, where the Gray Hairstreak seems to show up only occasionally, and may form a temporary colony if the push northward occurs early enough in the year.

Found in a large variety of open habitats, including open weedy fields.

This species has been found in late April and into October in Michigan. Individuals that enter Wisconsin early in the year may form a temporary colony and have a second brood. It is not likely that this generation can survive the Wisconsin winter.

Uncommon, but could be found almost anywhere in the State. 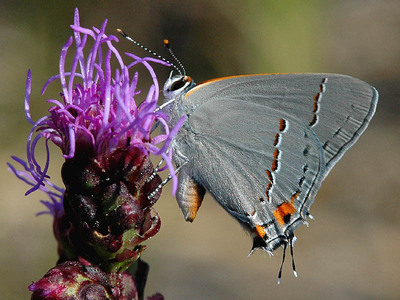 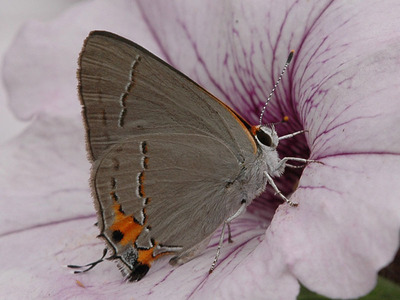 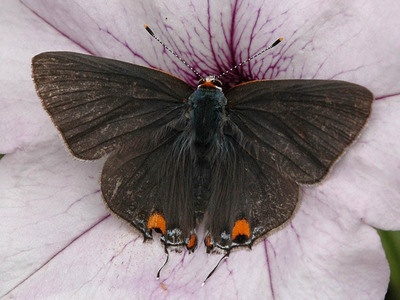 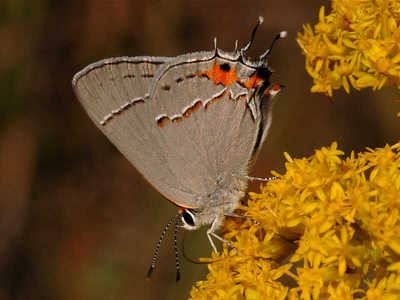 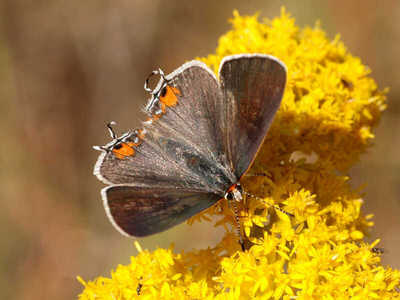 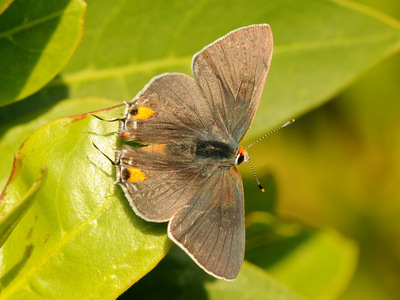