The Mallow Scrub-Hairstreak is a very rare stray in Wisconsin. The single record from Wisconsin represents one of the few records north of far southern states according to the Butterflies and Moths of North America web site.

The Mallow Scrub-Hairstreak is a small, light gray Hairstreak with one small tail, two black dots on the wings margin below, the largest and most conspicuous one near the tail, and prominent black postmedian bands on each wing.

An unlikely stray in Wisconsin. 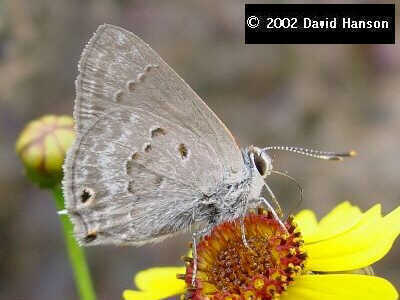 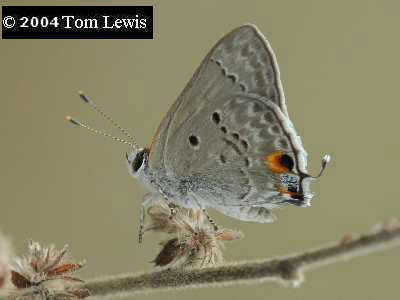 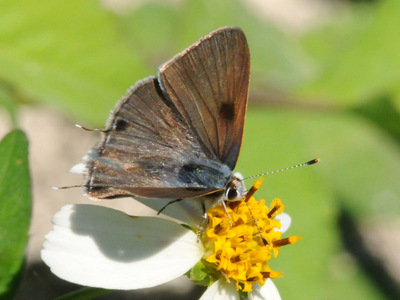 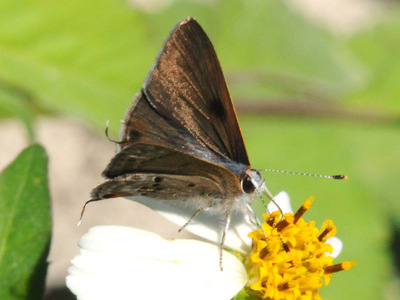