The Early Hairstreak is at the western extreme of its range and is considered an uncommon stray in Wisconsin.

A small Hairstreak, with blue on the upper surface of the wings, especially in the female. Below, the wings have a light green tint with bright, reddish-orange postmedian lines on both wings.

Double brooded in the northern part of its range.

In Wisconsin this is considered a rare stray, but American Beech does occur throughout the eastern counties of the state and this species should be looked for in large stands of these trees. The species is not common throughout its range, but Jeff Glassberg notes that it may simply be because of the butterfly’s propensity to spend time high in the trees, instead of near the ground where it can be more easily found. 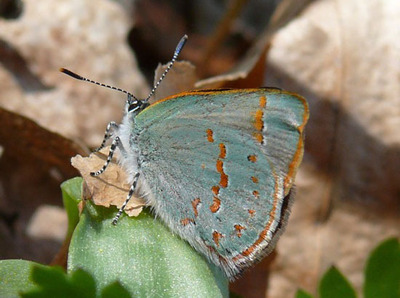 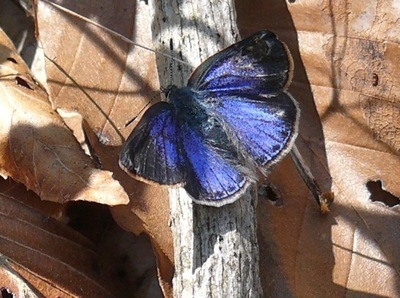