The Marine Blue is essentially a butterfly of the southwestern U.S. and a very rare migrant north and east. In 2008, this species was seen in four counties in Wisconsin. The Marine Blue has also been recorded from Minnesota, Iowa, and Illinois, and from as far east as New York and Pennsylvania.

Below both wings of the Marine Blue have bands of pale brown separated by bands of white. The species has no tail, but has two dark submarginal spots.

No similar species in Wisconsin.

Multiple brooded throughout all of its range and flies all year in some areas.

A very rare stray in Wisconsin. 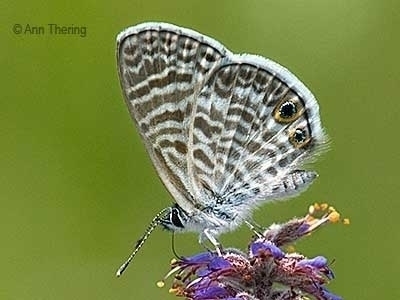 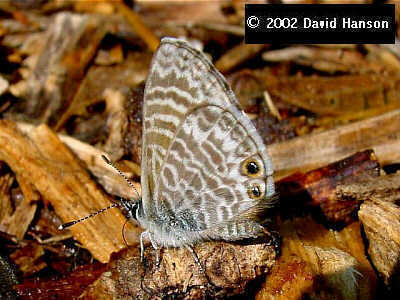