The Eastern and the Canadian Tiger Swallowtails used to be considered subspecies, and this has resulted in some confusion. Historical data (from the USGS) grouped these two species together, so there is no pre-2000 data available on these species.

Above: bright yellow with broad black stripes; females are dimorphic, some similar to the males and others are black with extensive blue scaling on the hind wings (photos 3 & 4; notice that you can see the tiger stripes on the third photo). Below: similar to the top side, mainly yellow background with bold black stripes; dark females have a shadow of the tiger pattern evident, at least in fresh individuals.

Above, the black form female of this species has a very thin row of white spots on the upper forewing margin that is easily spotted in the field and is unlike any other black colored swallowtail in Wisconsin. The last photo shows a very worn female that has lost most of her tails, but notice that you can still see the white row of light spots on the forewing with which I was able to identify this species in the field.

The yellow forms can be very easily confused with the Canadian Tiger Swallowtail, but only in central Wisconsin where the ranges of the two species overlap. Additionally, since the Canadian has only a single brood that trails off by August, identification becomes much easier in the late summer and fall.

Two broods; May/June and then in late July/August. Adults can be found on the wing well into September.

Common throughout the southern part of the state. 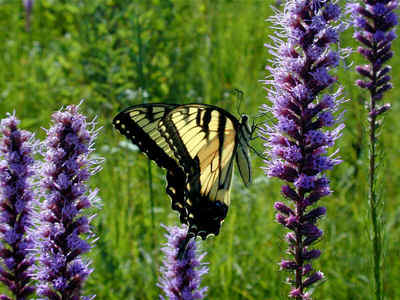 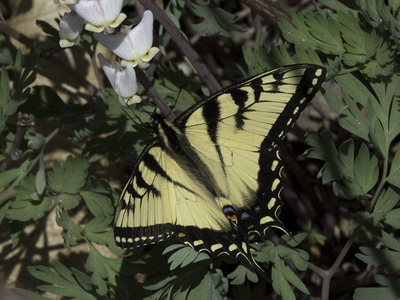 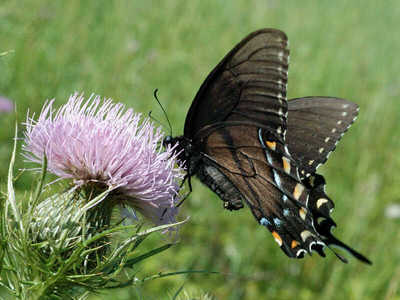 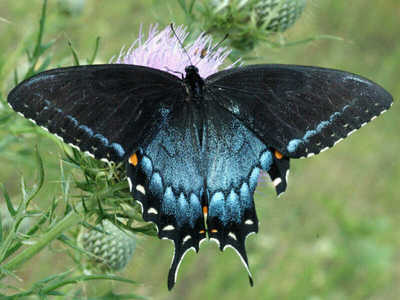 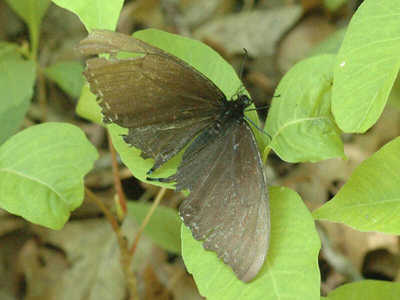 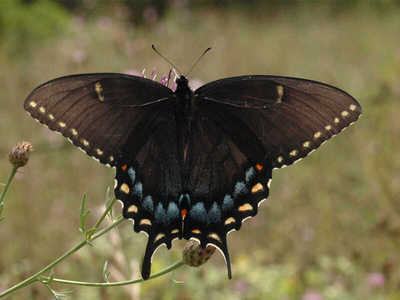