The Eastern Tailed-Blue is the most commonly seen Blue in the state. It is found throughout the state from May though October. Although all the Blues may do some puddling, this species seems to be more prone to congregating in groups at moist areas along ponds and streams. I have seen nearly 100 Eastern Tailed-Blues along the edge of a five-acre pond in August.

Above, the male is blue with a black border, an obvious tail, and an orange spot or two near the tail. The female is essentially the same below, but is black, not blue, above (see second photo). Below, the Eastern Tailed-Blue is a light gray with a variety of small black marks, a small tail (often very hard to see on worn specimens), and orange spots near the tail.

The Eastern Tailed-Blue has 3-4 broods in Wisconsin, and is present as an adult from May through October.

Common throughout the state. 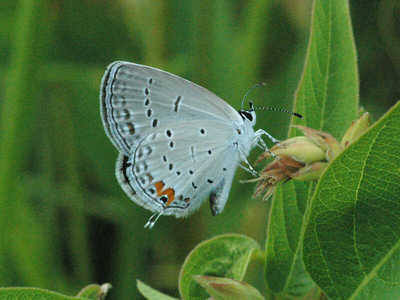 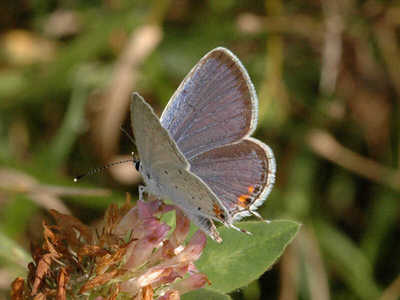 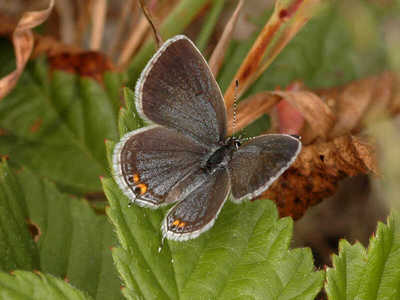 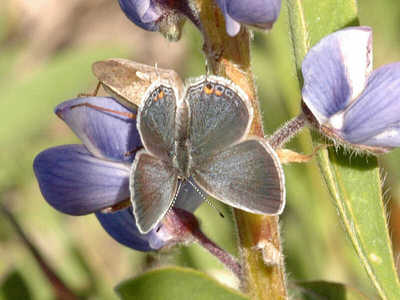 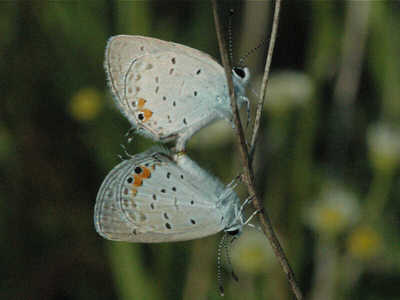