The ‘Spring’ Spring Azures are among the first butterflies seen in spring that have not hibernated over winter as an adult. In the leafless woodland it is easy to see the bright blue upper wings of these butterflies as they fly in search of mates, or food. Like most Gossamer-winged Butterflies, these butterflies rarely land with the wings open and after noting the spectacular blues of the in-flight butterflies; it is sometimes hard to spot them when they land.

This subspecies is listed as the Northern Azure (C. lucia) on the Butterflies and Moths of North America web site.

Above, the both the male and female are bright blue with the female having a wide black border. Below the ‘Spring’ Spring Azure is darker gray with a variety of spots. There are several color forms of this taxa that have historically been discussed in most field guides. Form “marginata” which has a darker, brownish margin like the second photo, is common throughout central Wisconsin while form “lucia” is similar with some darker spots in the middle of the hindwing below, but is basically similar in ground coloration.

In Wisconsin the ‘Summer’ Spring Azure is very similar but is much whiter below with smaller black markings. In open woodland areas a blue butterfly flying could very well be any of the other species of Blue. The Azures are more likely to be seen flying higher in the trees than the more ground loving Blues.

A variety of habitats from woodland edge and trails to city parks.

One brood. The first ‘Spring’ Spring Azures appear in April and through May and into early June.

A fairly common butterfly that may be found mud puddling in larger numbers, but is often found flying singly along the woodland edges. 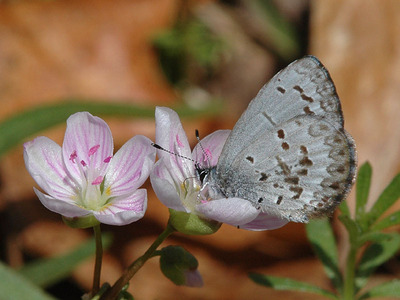 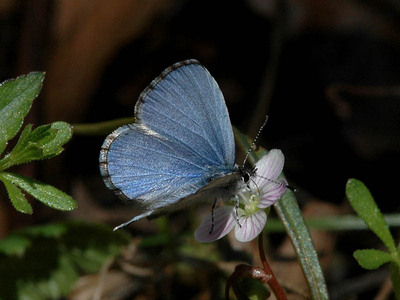 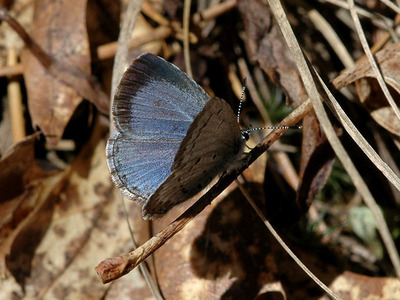 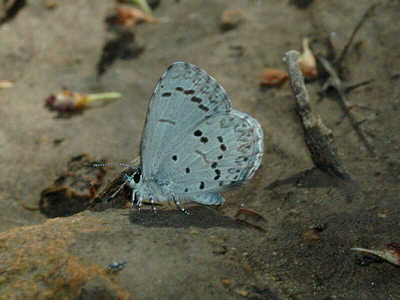 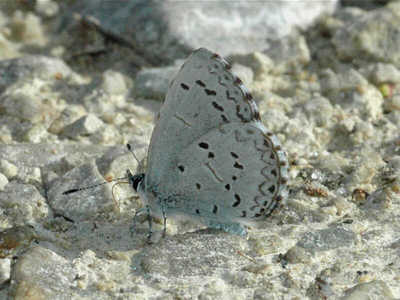 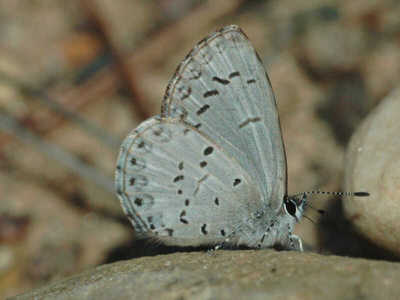 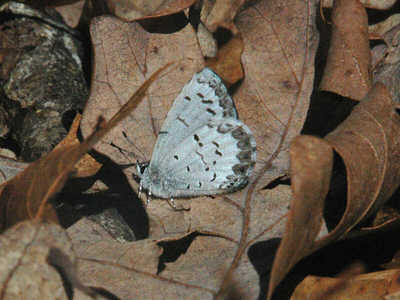 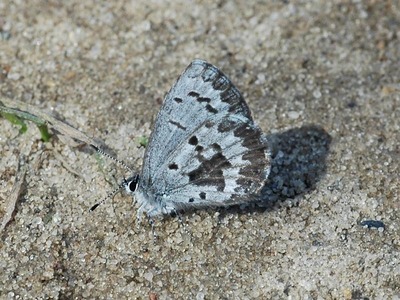