The ‘Summer’ Spring Azures are much lighter than the ‘Spring’ Spring Azures below. They look significantly different than the earlier flying subspecies, fly at a different time and are double-brooded. There are enough conflicting reports about the natural history of these species that it is clear that no one really understands completely how these taxa are interrelated. I think that the experts will be arguing about this for some time to come, and I will just continue to enjoy watching these lighter Azures that appear in early summer.

This subspecies is listed as the Summer Azure (C. neglecta) on the Butterflies and Moths of North America web site.

Above, the both the male and female are blue with a varying amount of white and with the female having a wide black border. Below the ‘Summer’ Spring Azure is a light gray with a variety of spots.

The ‘Spring’ Spring Azure is much darker below and flies earlier in the the season than this subspecies. In flight this species may be mistaken for any of the other Blues that occur in the state, but are very different from any other species below.

At least two broods. A first brood in June and a second brood in late summer. 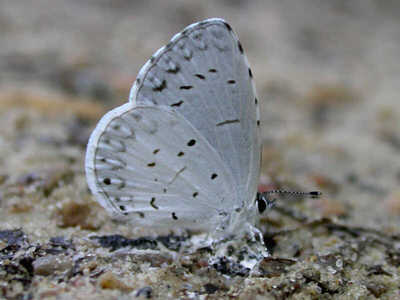 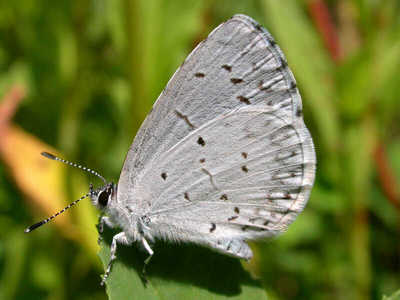 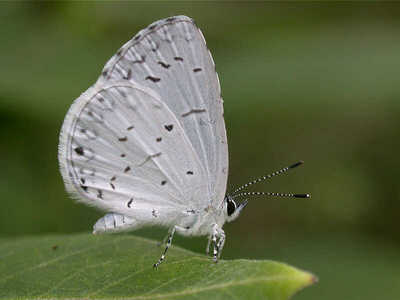 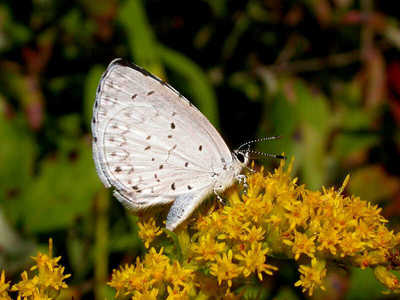 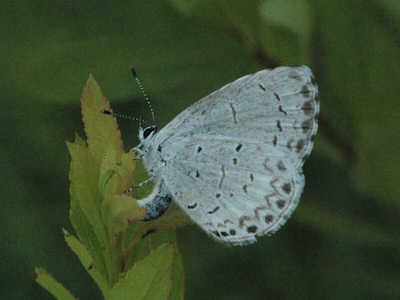 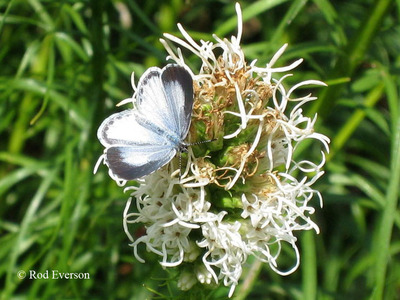