In Ebner’s Butterflies of Wisconsin, he notes that the Silvery Blue frequents open woods, but I have found this species in more open areas. In central Wisconsin, this species is usually found in mid to late May while looking for the first Karner Blues of the year. Here they often nectar on the Lupine blossoms, and like the Karner Blues, seldom fly more than a couple feet off the ground.

Above, the male is a silvery blue with a thin black margin much like some of the other blues. The female is similar with a wider black line. Below, the sexes are essentially the same, with a light gray background and a prominent row of black spots lined with white on both the forewing and the hindwing.

In Wisconsin this species should not be confused with any other Blues.

Open woodlands, and open fields near them.

This species is not a common butterfly throughout the state, but may become fairly abundant where found. 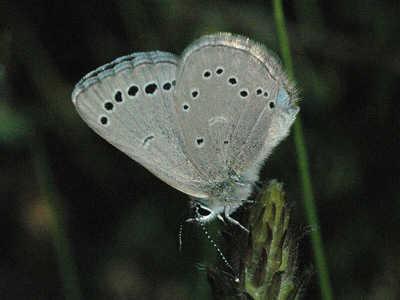 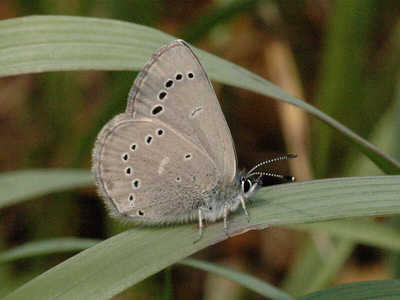 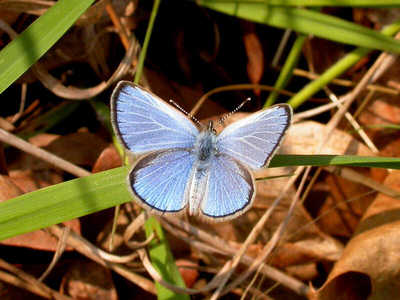 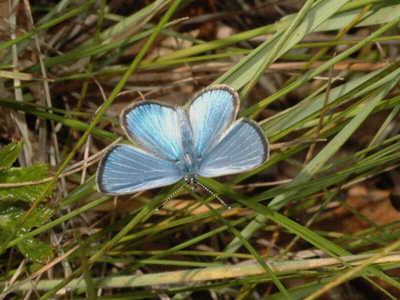 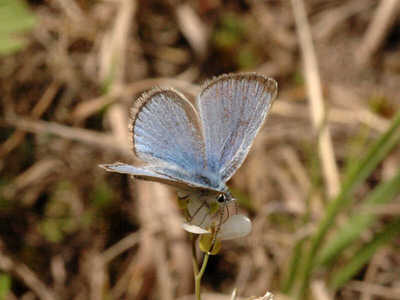