The ‘Karner’ Melissa Blue has historically been considered a subspecies of the Melissa Blue, a western species, and is listed as federally endangered. The Karner Blue was not listed in the 1970 book Butterflies of Wisconsin, but several records of the Northern Blue in that book were probably of this species.

In Wisconsin, many sites are now managed for this species, including the Karner Blue Meadow in Waushara County. There are also many web sites discussing this species, its distribution, conservation methods, etc. The USFWS site and the Wisconsin DNR web sites have much more information about this species.

Above, the male is a light blue with a thin black margin and a light fringe. The female is a darker blue with varying amounts of orange on both wings. Below, the sexes are essentially the same, a light gray background and a row of very prominent black spots, a row of orange crescents and a thin black line on the margin of the wings. Rarely, an individual will appear to have hardly any orange spots below, as in the second image here.

In Wisconsin this species could be confused with the Northern Blue, but the ranges of these species do not overlap and they are not found in the same habitat. The Karner Blue is found close to populations of Lupine, the larval host of the Karner Blue, while the Northern Blue is a butterfly of the far northern counties and whose host plants are mainly heaths.

Two broods. Late May through mid-June and then the second brood in July.

Sometimes abundant in the right habitat, where hundreds of Karner Blues may be seen. 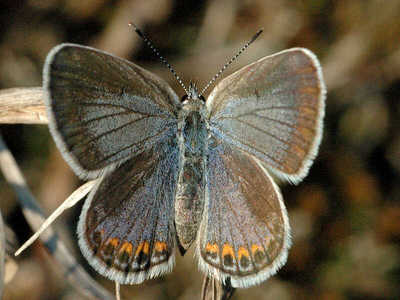 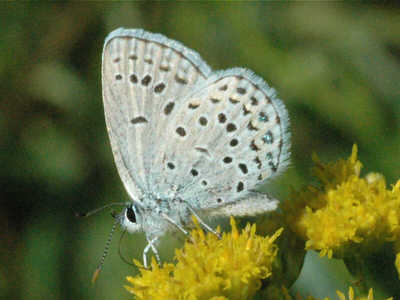 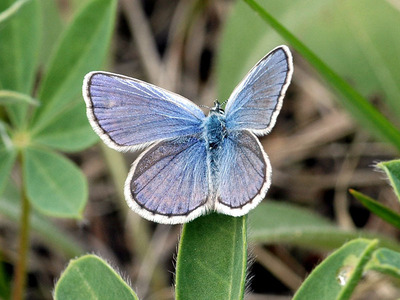 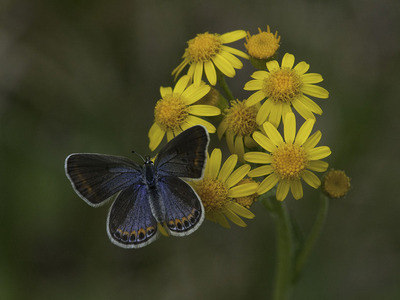 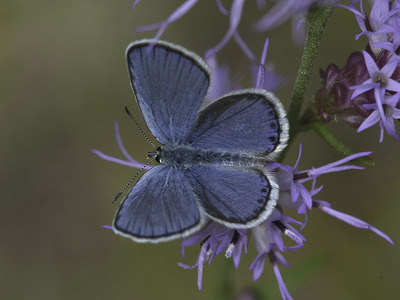 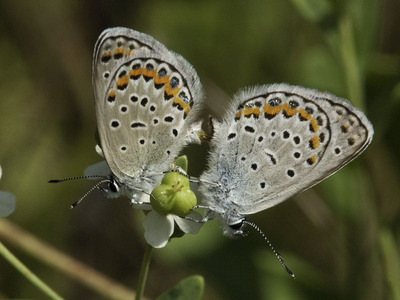