The Eastern and the Canadian Tiger Swallowtails used to be considered subspecies, and this has resulted in some confusion. Historical data (from the USGS) grouped these two species together, so there is no pre-2000 data available on these species.

Above: bright yellow with broad black stripes; females are nearly identical to the males. Below: similar to the top side, mainly yellow background with bold black stripes.

This speces can be easily confused with the Eastern Tiger Swallowtail, but only in central Wisconsin where the ranges of the two species overlap. Additionally, since the Canadian has only a single brood that trails off by August, identification becomes much easier in the late summer and fall.

One brood; on the wing in June and July.

Common throughout the northern part of the state. 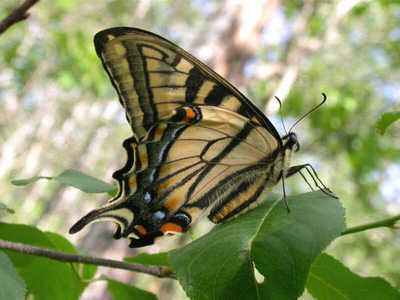 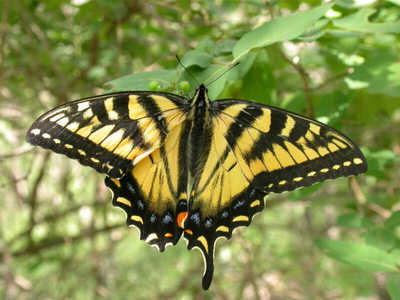 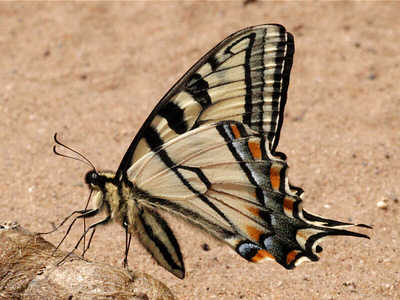 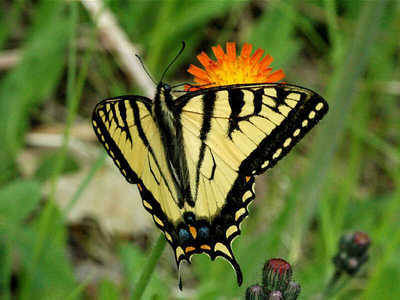