The Swamp Metalmark is a very rare butterfly in Wisconsin and throughout its range. It is listed as endangered, threatened or of special concern in Iowa, Illinois, Indiana, Ohio, and Michigan. In Wisconsin, this butterfly is listed as endangered. There are several ongoing attempts at introducing/reintroducing this butterfly into suitable habitats in Wisconsin and Illinois. I located an unknown colony of this species in northern Marquette County in 1998 but none have been seen at this site since 2001. I have spent much effort trying to locate other colonies in suitable habitat within twenty miles of this colony, but I have had no success.

Additional information about the Swamp Metalmark. is located in a paper by Susan Borkin of the Milwaukee Public Museum

Above; reddish brown with two rows of irregular metallic lines. Below: Much different than the upper surface. A light yellow/brown with black dots and silvery specks.

One brood; July through early August 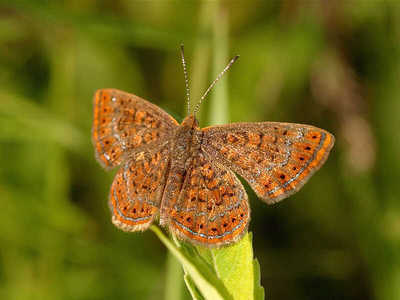 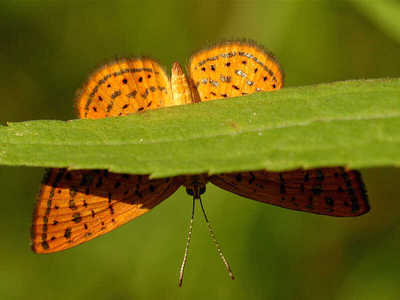 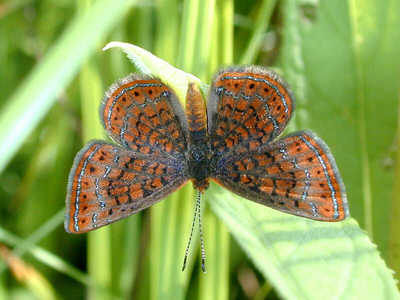 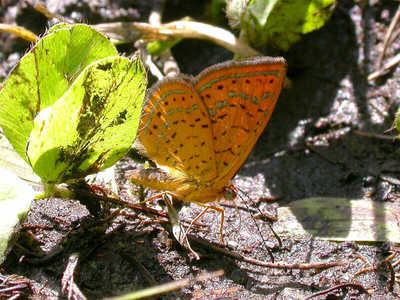 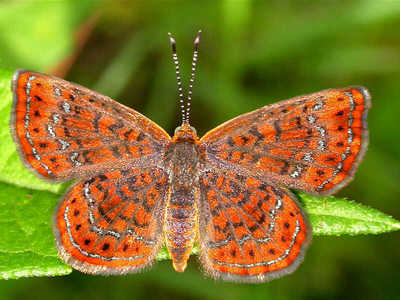