The American Snout is one of the few butterflies that is immediately identifiable even to someone who has never seen it, because of its unique characteristic: members of the Snout family have enlarged palpi that look very much like a snout.

This species probably replenishes itself in Wisconsin each year from farther south. This species is known to have huge migrations in the southwestern United States and Mexico, where it may become so abundant that the butterflies literally darken the sky.

The most distinguishing characteristic is the extra long palpi that resemble a snout. The sexes are essentially the same with the upper surface somewhat brownish with central orange splotches on both wings and several white spots near the forewing tips. Below it resembles a dead leaf with various shades of gray and brown. Orange patches may be seen on the forewing below if the wings are more open.

At least two generations a year possible. This species migrates north each year in May or June and may become established and rear at least a second brood.

Not common in Wisconsin, but more common in the southern part of the state where its host plant Hackberry is found. 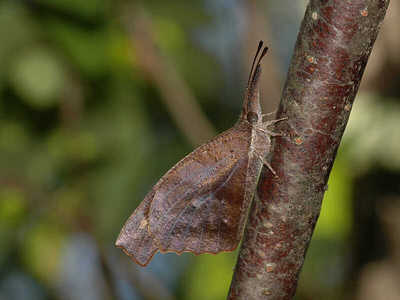 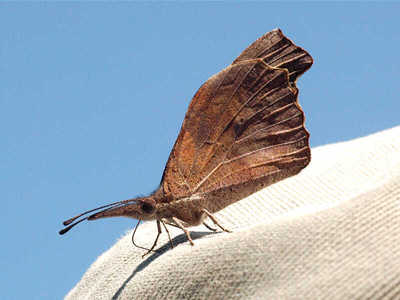 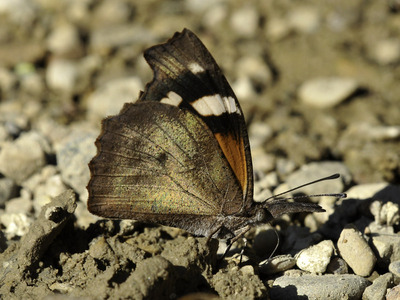 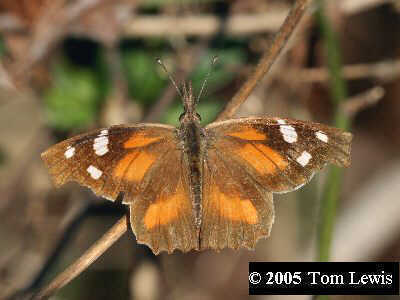