The Gulf Fritillary is a rare stray to Wisconsin, having been reported from only three counties. This species is mainly a southern species in the United States, but can be found throughout Mexico, Central American, and South America down to Argentina.

The Gulf Fritillary has long thin wings compared to the other Fritillaries. Above, the wings are a bright orange with various black spots, several of which, near the leading edge of the forewing have white spots inside. Below, the wings are orange with oblong silvery spots throughout the hindwing and at the tip of the forewing. The black spots with a white center spot that can be seen above can also be seen below on the forewing.

When seen from below it resembles the larger Fritillaries with the silver spots, but when is wings are open, the much longer and thinner wings easily distinguish this species.

This species is a rare stray in Wisconsin and most likely would be spotted during July and August. 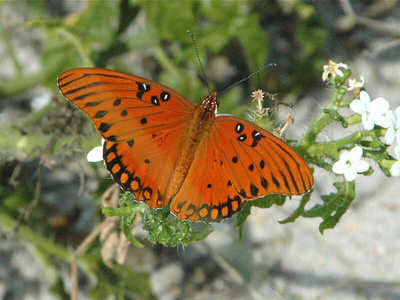 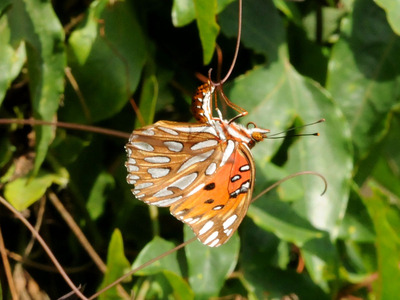 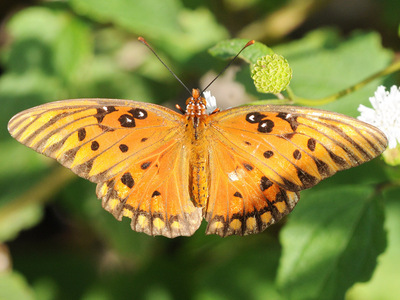 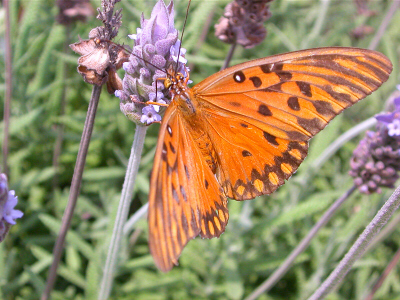 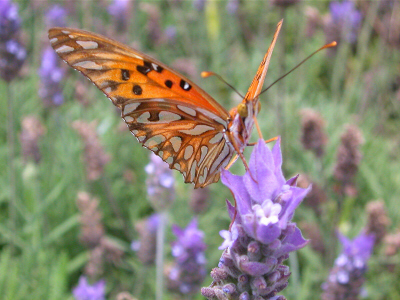