The Great Spangled Fritillary is found throughout the state from late June through August and into early September. The species is long-lived and many individuals that are found in late August and September are very worn with frayed and even missing parts and wings. They are often seen at nectar sources such as Common Milkweed, thistles, or Joe-Pye-Weed alongside the Aphrodite Fritillary in the southern part of the state, and in the northern counties with the Atlantis Fritillary.

Above, this species is orange with a variety of black markings, but is noticeably darker near the body, especially in fresh individuals. Below, this species is easily identified by the wide, light band on the hind wing.

From below, this species is unlike any other species in Wisconsin. From above it may easily be confused with both the Aphrodite and Atlantis Fritillaries. The Atlantis appears much darker than the other Fritillaries because it has darkened wing veins on the front wing and nearly solid, black wing margins. The Aphrodite Fritillary is usually lighter than the Great Spangled, with an extra black mark near the base, often resembling a checkmark. This is somewhat hard to discern in some individuals, especially worn ones, and is reliable only if clearly observed.

Open fields and woodland edges. Can be found in both wet and dry habitats.

One brood. Has been observed from mid-June until late September. In 2004, a very worn individual was observed on September 26.

Common throughout Wisconsin. This species is undoubtedly found in all counties. 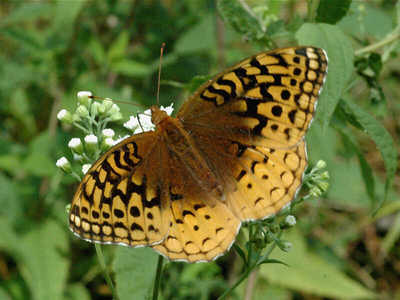 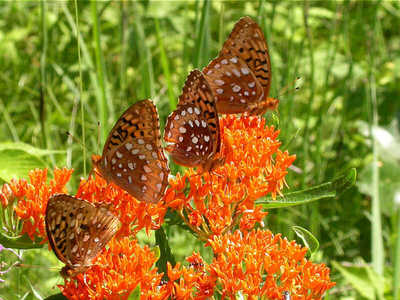 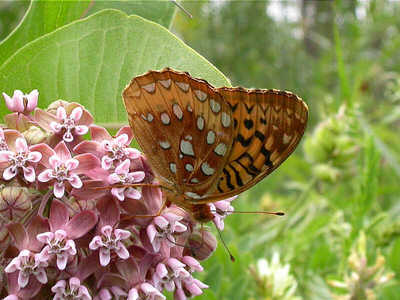 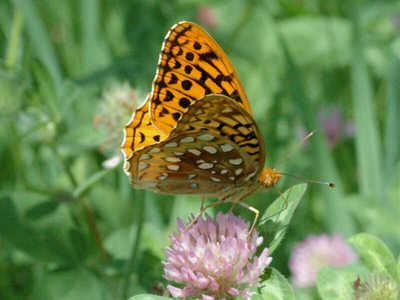 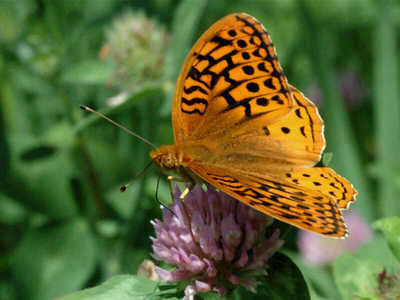 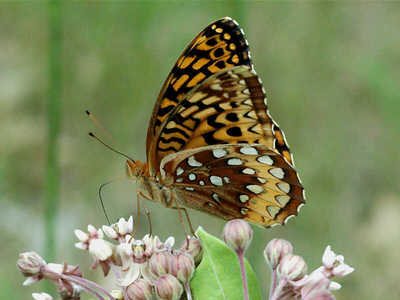 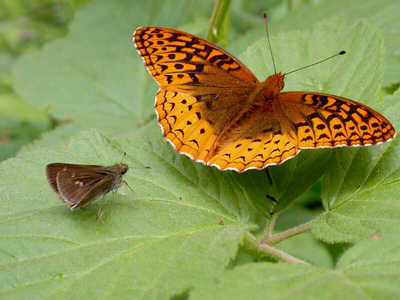 Perching next to a female dun skipper