The Aphrodite Fritillary is found throughout the state during much of July and August with the Great Spangled Fritillary. Both species are long-lived and occur in many of the same habitats. When they are both flying around it is difficult to determine what species are present, but because they readily find a nectar source and stop to feed it makes it much easier on the watcher to determine what species they are observing.

It gets somewhat more confusing farther north where the Atlantis Fritillary sometimes makes it a trio of free-flying Fritillaries. All three species are some of our larger, more conspicuous species, and in field full of nectar sources these butterflies can be quite a spectacle. In one field in Portage County, in a large patch of common Milkweed in flower, I saw over 75 Fritillaries. I tried to take some photos to document this, but I found out it is much easier to get a photo of a solitary butterfly than a group of them.

Above, the Aphrodite Fritillary is orange with a variety of black markings. Below, this species is somewhat variable in Wisconsin, but is orange with many silvery spots. In some Aphrodite Fritillaries the hindwing is very dark and has almost no discernible light submarginal band, whereas other individuals may have a distinct light submarginal band like the Atlantis Fritillary.

Open fields and woodland edges. Can be found in both wet and dry habitats.

One brood. Has been observed from mid-June until early September.

Common throughout Wisconsin. This species is undoubtedly found in all counties. 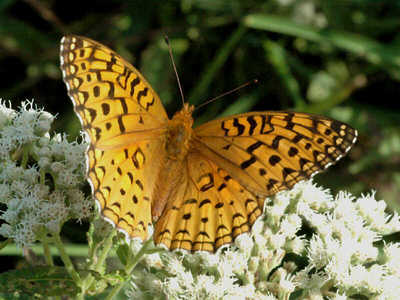 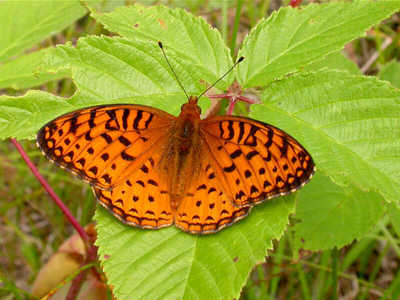 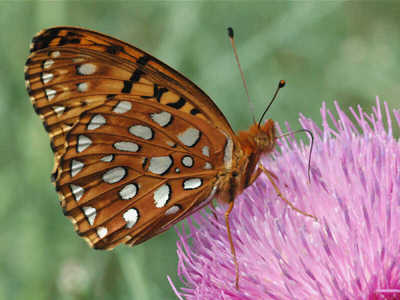 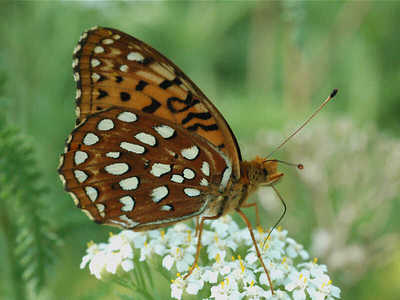 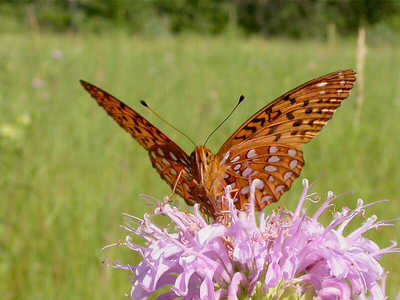 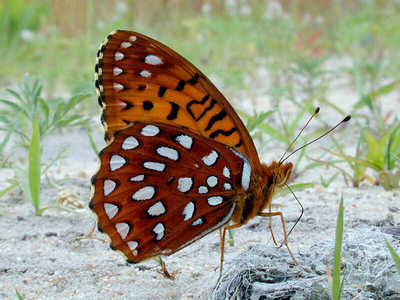