I have had butterfly enthusiasts from Massachusetts and Ontario, Canada email me about observing this species in Wisconsin. It is endangered in all states east of the Mississippi where it occurs, including Wisconsin and Illinois.

On average, the Regal Fritillary is the largest fritillary in the state with wingspans to nearly four inches on some individuals. The upper forewings are mainly orange with a few black markings and black borders with a row of white spots in the females. The back wing above is very dark with two rows of light spots. In the male, the outer row of spots is yellowish, not white as in the female. Underneath the wing is very dark, chocolate brown with an abundance of white, such that more than half of the wing is actually white.

The Regal Fritillary, like the other large fritillaries, has only one generation in Wisconsin, and also has a long flight period, being found from late June to early September.

Regal Fritillaries are not common in Wisconsin, being found at a limited number of sites. They are most obvious when actively nectaring on nectar sources such as various milkweeds, thistles, blazing stars, and fall composites. In Great Lakes Entomologist, Vol. 34, No. 1, Ann and Scott Swengel summarized all records of this species from 1970-1999 in Wisconsin. 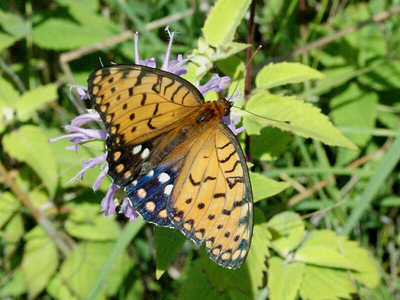 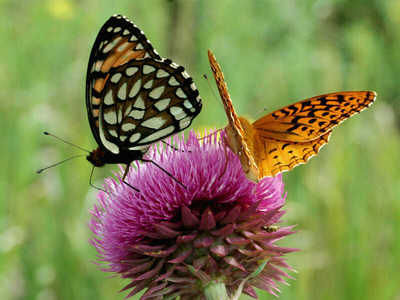 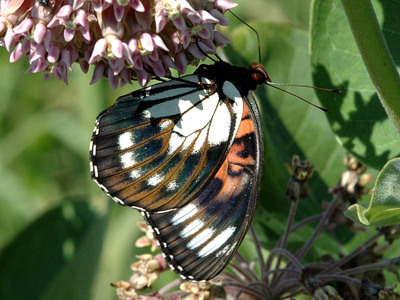 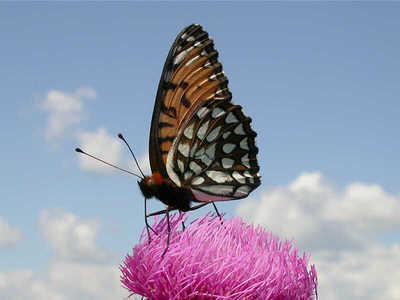 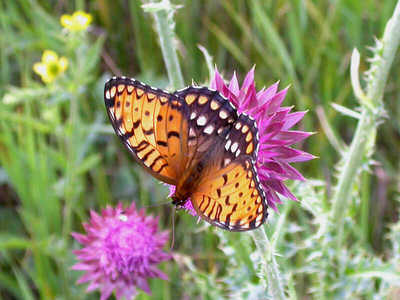 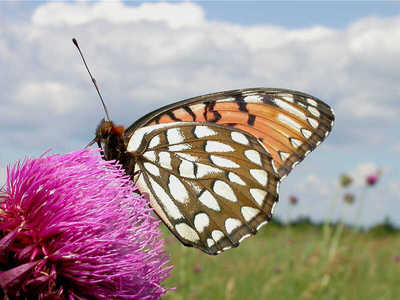 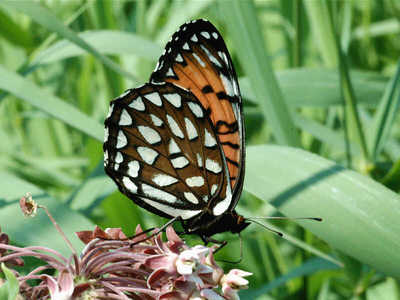 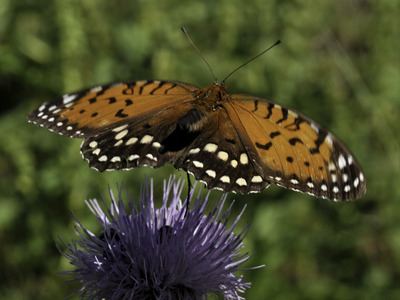