The Atlantis Fritillary is a northern species that has rarely been seen in the southern two-thirds of the state. In the northernmost counties this species, the Aphrodite, and the Great Spangled Fritillary provide a difficult to identify trio as they fly swiftly past. When nectaring the Atlantis Fritillary is somewhat easier to identify from above than the Aphrodite or Great Spangled Fritillaries because of its darkened wing margins.

Above, the Atlantis Fritillary is orange with a variety of black markings. The wing margins are almost completely black, and the males have darkened veins on the front wing giving this species a much darker look than other large Fritillaries. Below, there is a distinct lighter submarginal band that doesn’t extend as wide as the two rows of silvery spots.

One brood, from late June through early September.

Common throughout the northern quarter of Wisconsin, becoming less common and abundant as one travels south. 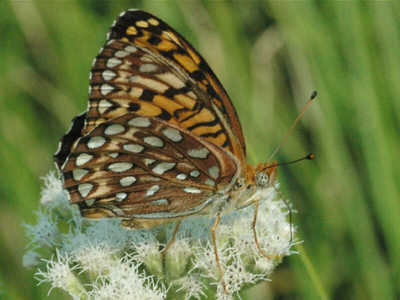 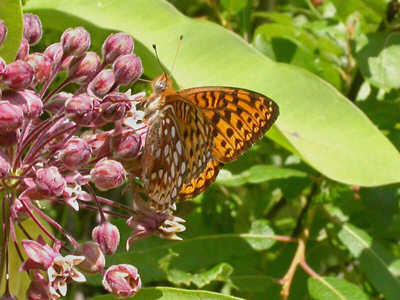 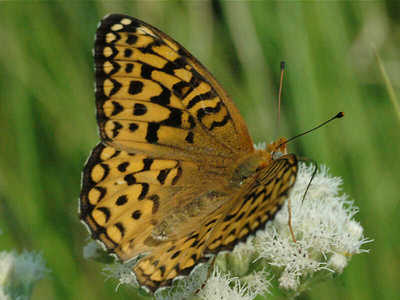