The Bog Fritillary is a species of Wisconsin’s northern bogs. I first found this species at Glocke Lake, a Wisconsin State Natural Area, in Oconto County. This area has an open water bog lake with a fairly wide sphagnum mat. In addition to the Bog Fritillary, the area is also home to fellow northern species Bog Coppers and the Jutta Arctic.

The Bog Fritillary is one of the six lesser fritillaries in Wisconsin. The upper wings on all these smaller species are black and orange, but the Bog Fritillary is very dark, having thicker, black lines and darker scaling throughout, but somewhat lighter spots on the back wing. Underneath, the row of white, submarginal spots is distinctive.

One brood. In Michigan they have been found from May 27 to July 2. The Wisconsin DNR web site reports that this species is usually found in mid-June.

In Wisconsin this is not a common species, being very local and confined to northern bogs. 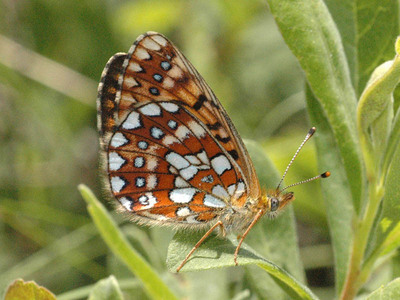 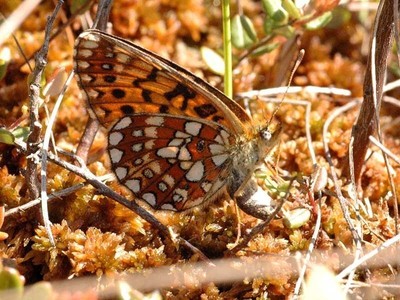 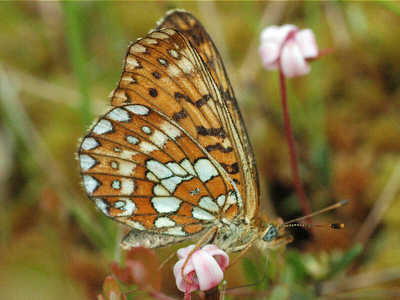 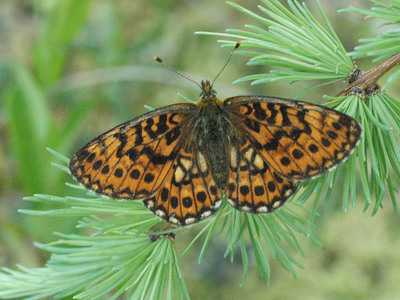