Above, this species is orange with black spots and a light, silver-colored border on both the upper and the hindwing. Below, on the hindwing, this species has a reddish-orange color with a row of white dots near the margin and other conspicuous white markings throughout.

The Purplish Fritillary also has a light border, but is generally darker above and has a row of thin white spots on the hindwing margin and a purplish sheen below. The Bog Fritillary looks very similar below, but does not have the silver border above.

Two broods. This species may be found from early May through August.

Like the Meadow Fritillary, this species is often found flying singly, but can become somewhat numerous. I have seen over 50 of this species in a single day. 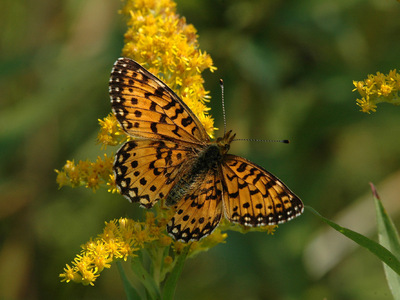 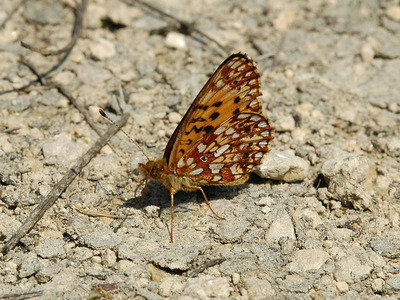 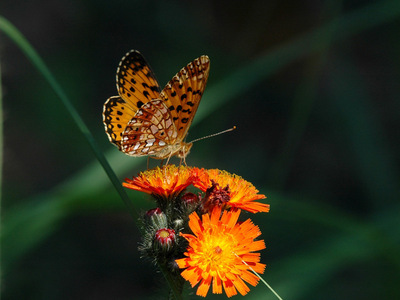 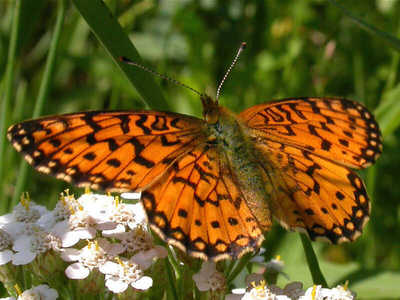 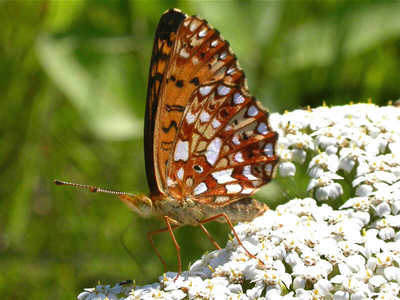 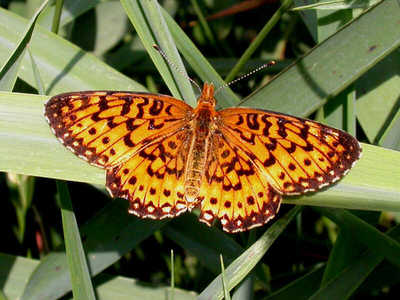