The Spicebush Swallowtail is an uncommon stray into Wisconsin. The main larval food plants of this species are Sassafras and Spicebush, neither of which is native to Wisconsin.

Above: black with a row of marginal yellow/white spots; females are nearly identical to the males, although males are more likely to show a second partial row of spots on the forewing. Below: black, with two rows of yellow spots, the innermost row is interrupted in the middle by a blue spot.

Woodlands, and open areas near woodlands.

Two broods in northern Illinois; strays have occurred in Wisconsin mainly during June and July. 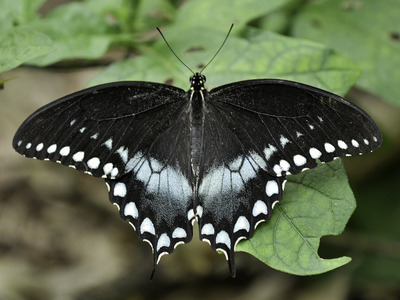 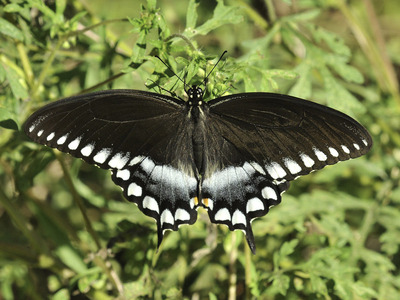 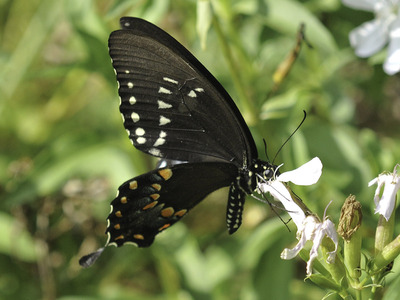 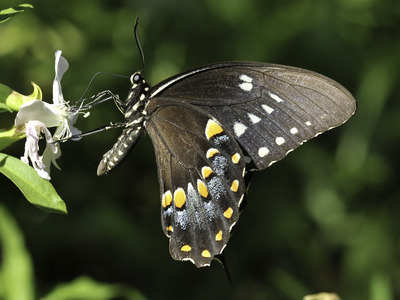 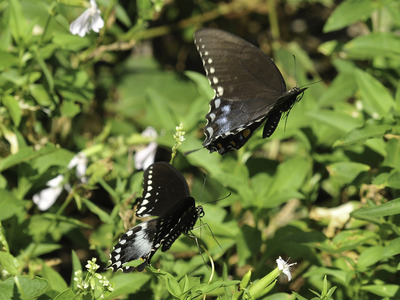 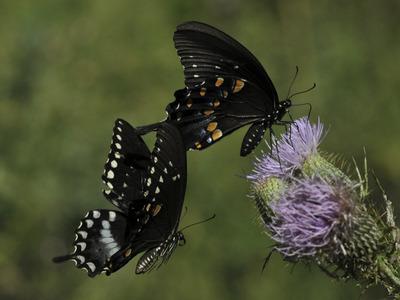