The Frigga Fritillary is a northern species that is limited in distribution and habitat in Wisconsin. The Freija Fritillary may fly in the same area as the Friggaa Fritillary, but rarely at the same time. It is most likely to be seen flying with the Silver-bordered Fritillary or the Bog Fritillary and could be confused with these species only in flight.

The Frigga Fritillary above is very similar to the other lesser fritillaries, with an orange background with a variety of black spots. It is noticeably darker nearer the body, especially on the hind wing. Below, it has a purplish hoariness over the outer half of the hindwing, similar to the Meadow Fritillary, with distinct white spots in the middle of the hindwing and on the leading edge near the body.

One brood. In Michigan they have been found from May 27 to July 2. The Wisconsin DNR web site reports that this species is usually found in mid-June. 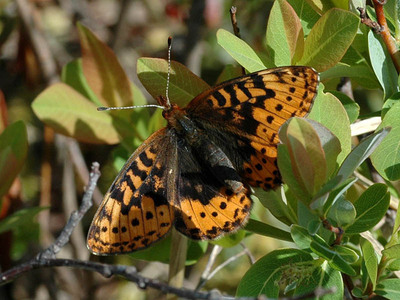 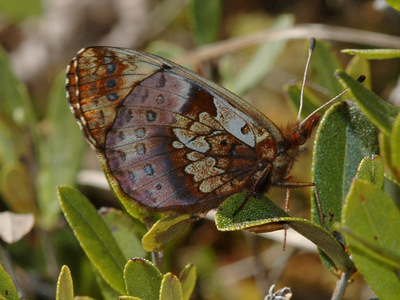 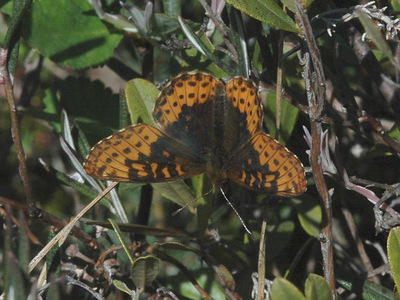