This species and the Frigga Fritillary are spring species of the northernmost counties in Wisconsin and are typically found in large open muskeg areas. It can often be found on sunny but still-cold spring days, when most people would not even think of looking for butterflies.

Because of the Freija Fritillary’s limited distribution in Wisconsin, its difficult to navigate habitat type, the unpredictable spring weather likely during its flight, and its short flight periods, this species is seldom seen in Wisconsin.

Above, the Freija Fritillary is orange with various black markings, with very dark areas near the body. The color below is mainly tawny with distinct white horizontal spots on the wing margins and a very obvious median line of white crescents capped with black on the hind wing, giving the appearance of very zigzagy lines.

One brood. The Freija Fritillary is one of the earliest of the lesser fritillaries. This species has been recorded on the first day in May in Wisconsin, but most often is seen flying sometime in the last two weeks of May. The flight time varies but is usually only a few weeks in any location.

An uncommon butterfly that is seldom observed and is rarely abundant even where found in Wisconsin. 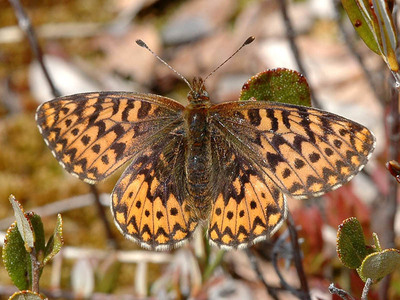 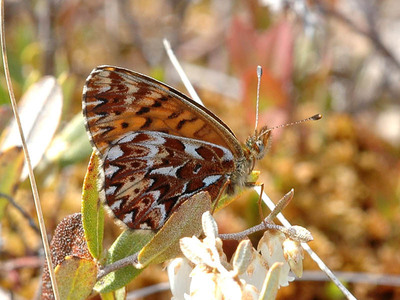 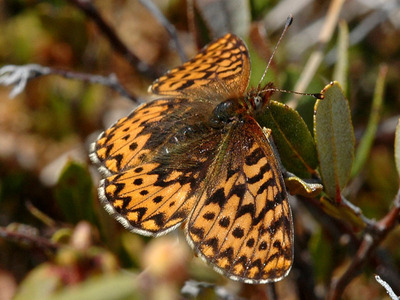