The Silvery Checkerspot can be found in a variety of habitats. I first saw this butterfly hilltopping and assumed that this was its normal habitat, but I have since seen this butterfly in many different habitats including a wooded wetland where poison sumac literally surrounded me and I had trouble fighting my way back out without running into this plant that causes me more grief than poison ivy. This species is fairly easy to identify when it is fresh and you can see the underside, but it wears more than other butterflies, tends to look very plain, and loses it contrast, as it gets older.

Above, it is very similar to the Gorgone Checkerspot, with orange wings and black markings. The row of submarginal spots on the hindwing usually has one or two of the black dots with white in them. Below, there is large white crescent in the middle of the hindwing margin and a distinct row of white median ellipses that are obvious in fresh specimens.

Found in a variety of habitats including woodland edges, roadsides, and, marshes.

One brood throughout most of the state, although it may occasionally have a partial second generation in the southern part of the state.

In Michigan Butterflies and Skippers, this species is listed as double brooded, but other books suggest that it should be single there also. In central Wisconsin, I have only seen this species in late June and into July, which suggests a single generation, a week or two later than the Harris’ Checkerspot. In the Field Guide to the Butterflies of Illinois, this butterfly is recorded as having two generations, so it is possible that the Silvery Checkerspot does have a second generation in the more southern counties, at least occasionally.

In the right habitat, this species can become somewhat abundant, but I have never seen more than 10 in one area. 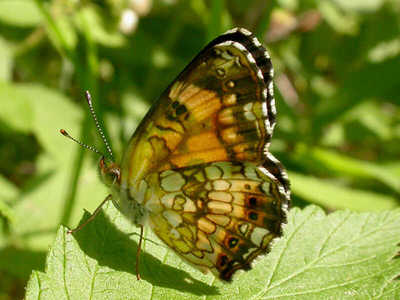 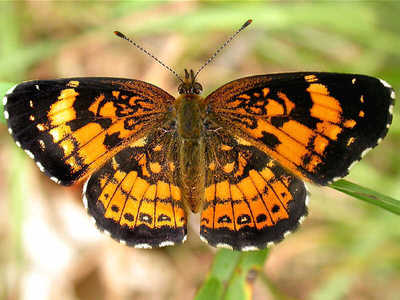 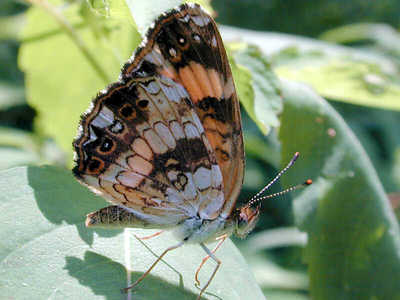 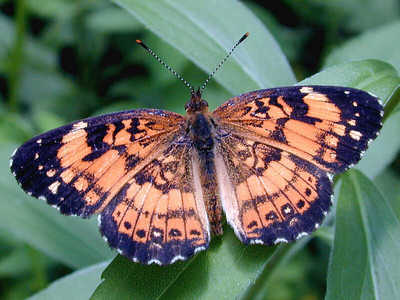