This species is not a common butterfly in Wisconsin, despite its larval host, Flat-top Aster, being widely distributed. I have only seen this species in four locations in Wisconsin.

There are two forms in Wisconsin, one more open (with fewer dark markings) than the other; both can be seen in the images here. This is listed in Howe (1975) as var. hanhami, and it occurs in northern Wisconsin “where it intergrades with var. harissii”. The plate of this subspecies listed in Howe’s book is very similar to the ones in these photos of the more open hindwings here.

Above, this species is very similar to the other Checkerspots and Crescents, with a basic orange base with black markings. The general form that is shown in most eastern butterfly books shows the upper wings are very similar to the Silvery and Gorgone Checkerspots, with a very distinct orange arc through the middle of the wings. In an alternate form shown in some Wisconsin individuals, the wing area is much more open, similar to the Northern Crescent, missing some of the black markings, and therefore looks very different.

Below, this species is more reddish orange, with three rows of white markings on the hind wing.

One brood in June and early July.

This is a very local species in Wisconsin, and is not usually found in abundance, as are the other Checkerspots. 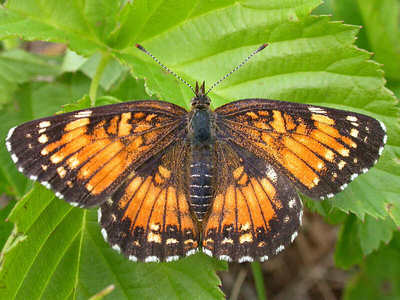 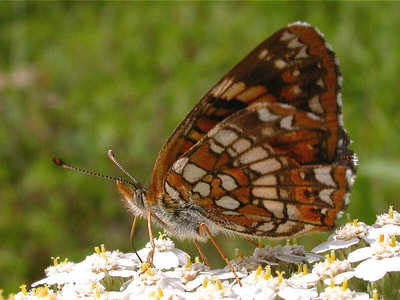 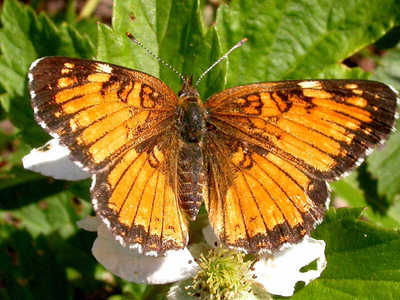 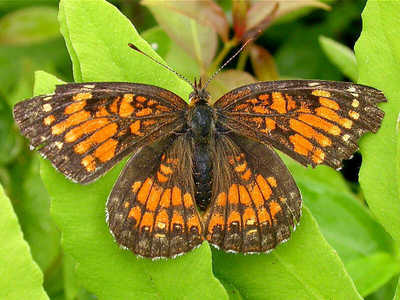 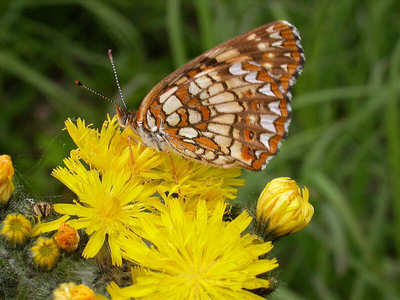 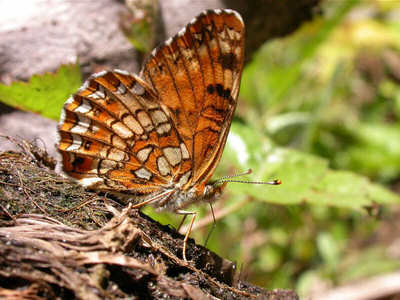