The Northern Crescent has been recognized as a separate species from the Pearl Crescent for only a quarter of a century. In all my research about the differences between this species and the Pearl Crescent, there is so much confusion that just when I think I understand the difference between the two, I read another species account and get more confused. Descriptions differ on almost every detail, including antennae, crescents, broods, flight time, and distribution. I believe this is mainly because geographical or brood differences in both species is great for a number of characteristics, and therefore descriptions of the species may not be valid for all geographical regions or times of the year.

To further complicate the distinction, there is still controversy over whether these two butterflies may actually be the same species.

Above, the species is black along the margins of the wings, with a row of thin submarginal crescents that may or may not be noticeable. The rest of the wing is basically orange with a variety of variable dark markings. In the female hindwing, there is a nearly solid marginal line that breaks up the orange area, while the male is much more open, and is the main field mark for determining this species.

Below, there is a darker area in the margin of the hindwing in the female that usually has a pearl-colored crescent in it, whereas the male has a large dark area without any lighter crescent.

All three crescents are very much alike, especially the females. It is best to determine that this species is present by looking at the males. Above, Northern Crescent males are much more open and are easily distinguished from the Tawny Crescent or Pearl Crescents. Below the males have a dark area in the margin of the hindwing that has a darker, not lighter crescent, which may not even be discernible.

First brood is in June through early July, with a partial second brood in August.

Can become fairly abundant in areas. Walking trails and roads can often result in large numbers of this species fairly evenly distributed along the trails. I have seen well over a hundred individuals on several occasions. 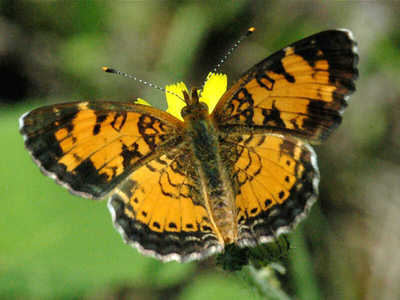 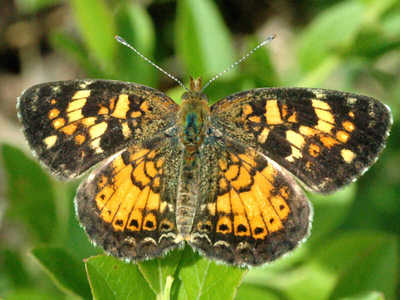 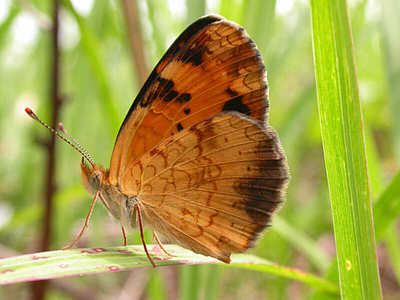 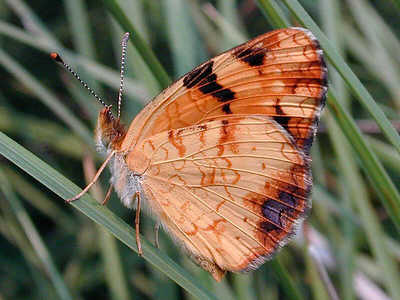 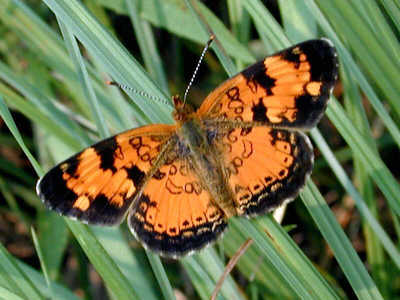 Extremely open male, showing lots of orange in the hindwing 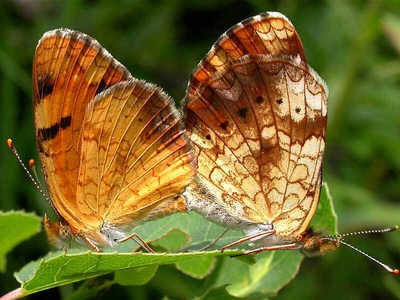