The Gray Comma and the Eastern Comma are both found throughout the state in open woodlands and along roadsides through wooded areas. The numbers and abundance of individuals of these species varies from year to year.

Above, the wings are orange with black margins and black dots, and a row of lighter spots in the margin of the hindwing. The dot nearest the trailing edge of the upper wing usually does not have any faint spot above it. Like the Eastern Comma, the Gray Comma has two seasonal forms, with the summer form being much darker on the hindwing. In the lighter, fall/spring form of the Gray Comma, there are usually only two noticeable dark spots.

Below, the silvery comma is very thin and is pointed at both ends.

Open woodlands, woodland edges, and along roadsides and trails through wooded areas.

Common throughout the state, but probably more common in the northern counties. 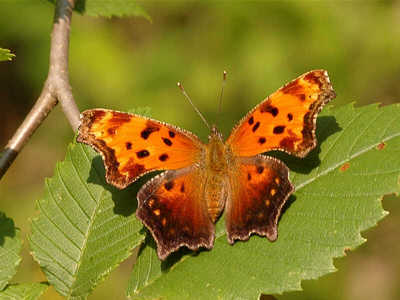 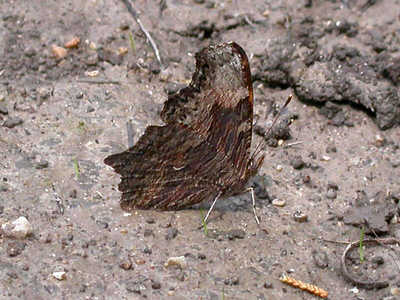 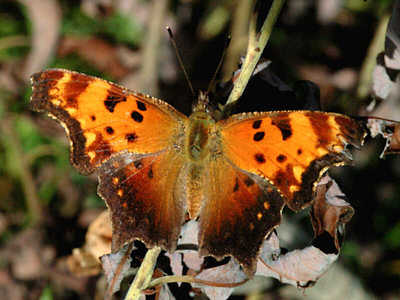 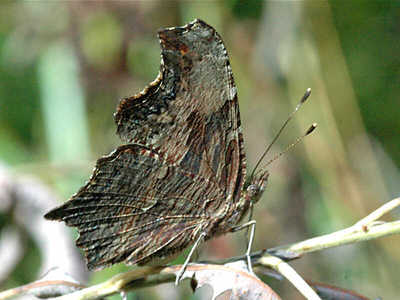 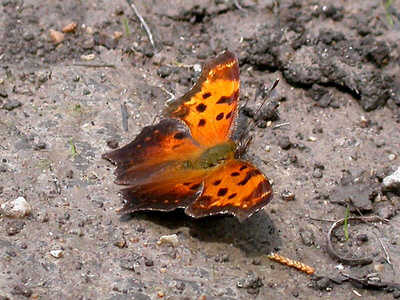