Although found throughout the state, the Compton Tortoiseshell is more common in the northern counties. This species does have periodic fluctuations in numbers, and may be abundant in some years and then seemingly disappear for years at a time. 2009 was a banner year for this species in Wisconsin, with unusually high numbers of individuals. On an North American Butterfly Association count near Baraboo, 145 individuals of this species were counted, the highest number for any NABA count in North America in the history of the counts.

Below, the Compton Tortoiseshell is very similar to the commas; in fact, it does have a small, silvery mark in the middle of the wing, similar to the Gray Comma. Above, this butterfly is mainly an orange and black butterfly, with single white marks near the leading edge of each wing. The wings are fairly angular with a small tail on the hindwing.

Below, this species may be mistaken for one of the commas, but it is larger than those butterflies and the silvery mark in the middle of the hindwing is very thin and it most resembles the Gray Comma. Above, it differs from the Gray Comma by having bolder black spots and white spots on the leading edge of all the wings.

One brood. The adults of this butterfly emerge in July, overwinter as an adult, and then mate in the spring.

The Compton Tortoiseshell is more common in the northern part of the state, but does have periodic fluctuations in the populations, and may be present for a number of years and then seemingly vanish for a period of time. 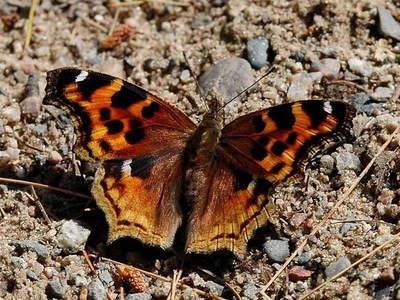 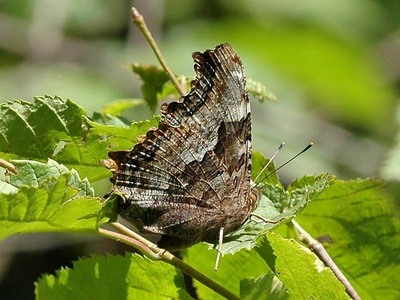 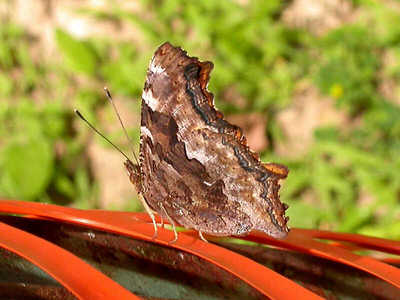 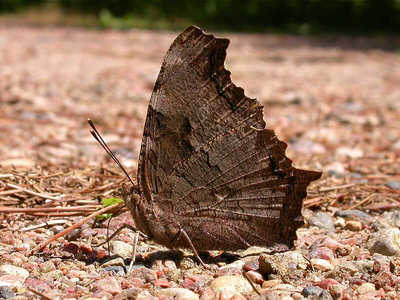 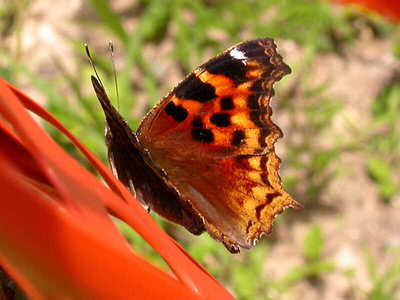