During an NABA count in Buffalo County on July 15, 2005 we counted 136 of this species. It was reminiscent of the occasional Red Admiral outbreaks (2001, 2007), where hundreds can be counted along stretches of country road. I am unsure about their motivation for congregating on the road, but they only congregate like this in the early part of the day, and from 9:00-10:00 they disperse. In July of that year there were still many caterpillars on nettles, and this species was common and flying well into October.

Above, this species has a wide, dark brown margin on all four wings and a very bright orange, but fading to a more yellowish color towards the body, submarginal band. There is a row of blue spots in the hindwing margin, very similar to that in the Mourning Cloak’. Below, the Milbert’s Tortoiseshell is a dark brown with a much lighter submarginal band.

Woodland edges and along streams and roadsides where its host plant nettles is found.

Two or more broods. Overwinters as an adult and may be found from early March through October.

Varies in abundance from year to year. It can become quite abundant where counts of over 100 of this species are not uncommon. On the other hand, many years it is uncommon to see a single individual of this species on a butterflying trip. 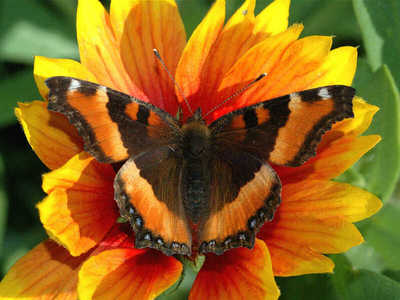 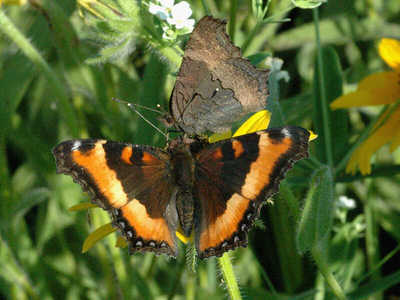 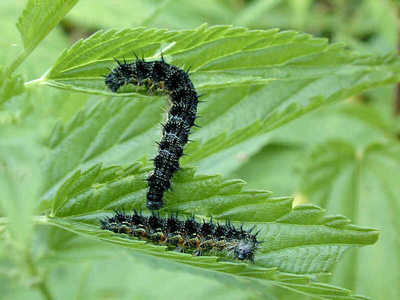