The Red Admiral, like the American Lady and the Painted Lady, varies greatly in numbers from year to year. In most years I see only single individuals of this species, but in 2001 this species was very common throughout Wisconsin, and many people asked me about this butterfly. One gentleman told me that there were so many flying around by his garage door that he couldn’t close it. Evidently, while the door was closing the sensor picked up the Red Admirals flying by!

I saw hundreds of these butterflies many times in late June and early July, especially in the morning when they gathered, presumably to warm up, on the back roads — in such numbers that I counted over 400 on a quarter mile stretch of road. That year, and in another explosion in 2007, this species was probably present in almost every backyard garden in the state.

There is no verified explanation for these population explosions, and it’s unlikely that a definitive answer will come anytime soon. Red Admirals are one of the butterfly species that appear in early spring as migrant species from the south. An outbreak in Wisconsin in June would be the offspring of the first of these southern visitors, so it seems reasonable to conclude that weather conditions for overwintering Red Admirals to the south, combined with conditions during April and May when they are traveling, determine the number of butterflies we see here in Wisconsin in June.

Found in a wide variety of habitats, especially when it is abundant. Usually found at woodland edges, along streams, woodland trails, and nectaring in nearby fields.

There are usually two broods in Wisconsin; this species can be expected from late April through October.

This species is found throughout the state, but is usually seen singly. In some years, Red Admirals become extremely abundant. 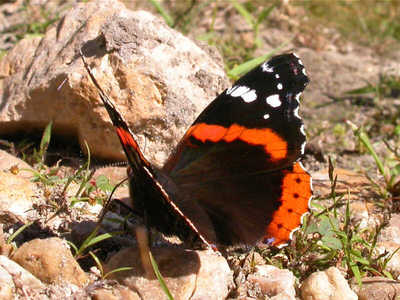 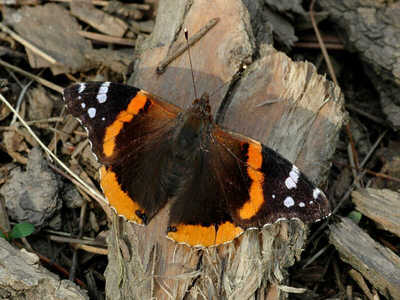 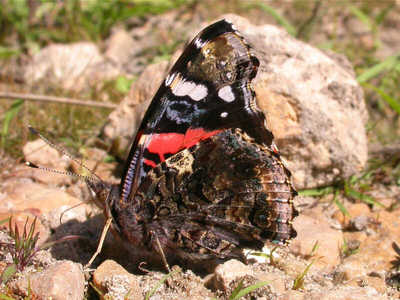 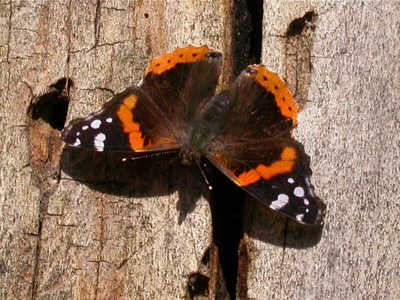