The Red-spotted Admiral is the NABA common name for this species in their publication, a “Checklist of North American Butterflies occurring North of Mexico”. This species includes two commonly recognized subspecies the Red-spotted Purple and the White Admiral. This name was given to the species in 2001 and is still not accepted by some. I have even received an email from an irate entomologist commenting on this new name and insisting that there was no such butterfly as a Red-spotted Admiral! The two subspecies are very distinctive and it is easy to see how these might be thought of as being two species, but they do interbreed where their ranges overlap, including throughout central Wisconsin. In “Butterflies of Wisconsin” Ebner tells of someone that collected hybrids between the two subspecies and was able to collect a wide range of individuals from the Red-spotted Purple to the White Admiral. The map below represents the distribution of the species before 2000 from the USGS maps. The maps with the individual subspecies are from reports since 2000, but do include several reports before 2000 that I have received. For additional information about each subspecies, see their individual pages. 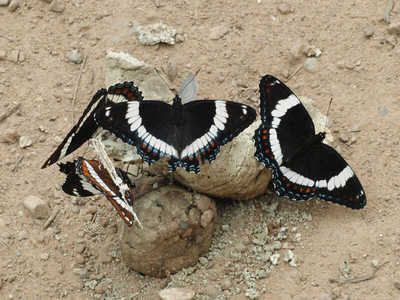 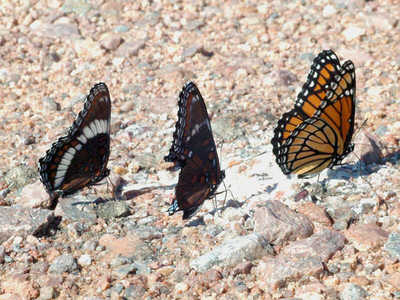 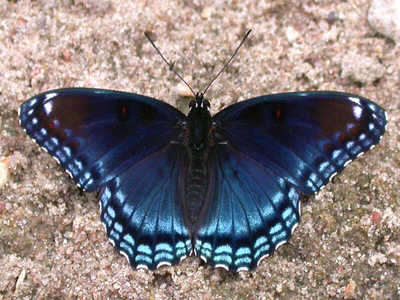