The wing of the Goatweed Leafwing is distinctively shaped, with a very downward curved tip of the upper wing and a small tail on the hind wing. The color of the male is a uniform orange/copper with few markings and a purplish border. The female is similar but with more marking above. Both sexes are a uniform gray below.

There are no similar species found in Wisconsin.

Forest edges and opening in woodlands.

This species is an immigrant from farther south where it has two broods a year. In Michigan this species has been collected from May to October. 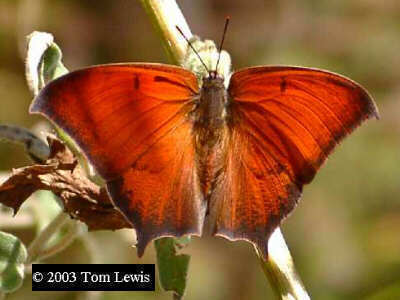 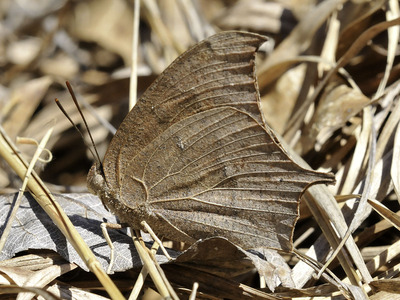 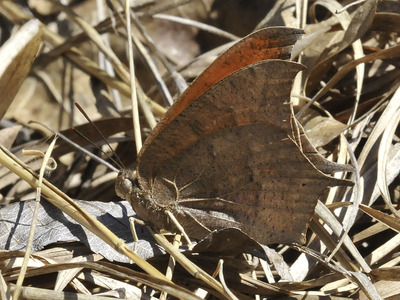