This species and the Tawny Emperor are both closely associated with their host plant, Hackberry (Celtis occidentalis). Wherever you find this tree growing, especially in the southern third of the state, you may find either of these two species.

Above, the Hackberry Emperor varies from a grayish to orange brown background color with darker tips and a variety of distinct white spots. The front wing has one or two spots in the submargin and one cell bar in the front wing is broken. Below, this species is light brown and somewhat resembles the Satyrs, with a very distinct row of eyespots.

Two flights in Wisconsin. Late June and then in August.

The Hackberry Emperor can be very common where Hackberry trees are present. They are therefore much more likely to be found in the southern third of the state. 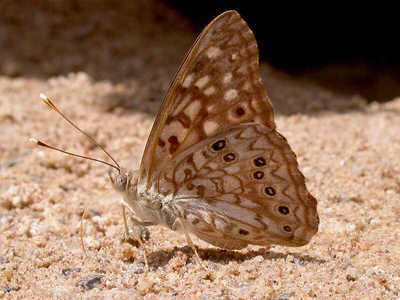 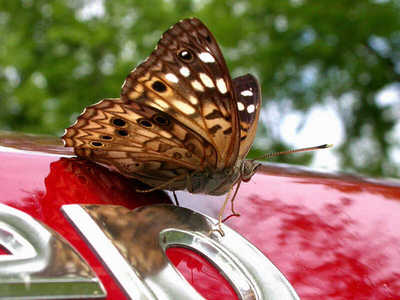 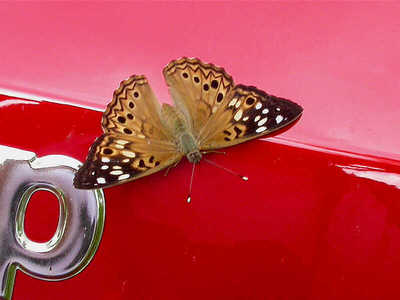