Laphria flavicollis is an easy species to identify. This was my first Laphria that I ever identified. I first saw this species in 2005 and I have seen in every year in both the northern and southern part of the state.

This species has a bushy yellow mystax and yellow thorax but the hairs on the abdomen are all black. The male has easily seen yellow hairs on the first two pairs of legs, while the female only has black hairs.

L. thoracica may not have any yellow hairs on its abdomen, but it has a dark mystax and beard, and a characteristic yellow hairs in a band from the thorax to under the wing.

Like all of the bumblebee mimics in Wisconsin this species is found in open woodlands and woodland edges.

late May through July

Not seen in large numbers but this is a species that you would likely see in any wooded area in Wisconsin. 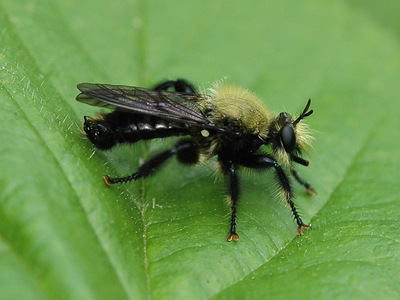 Male laphria flavicollis. notice the yellow beard below the eye and the yellow hairs on the legs. 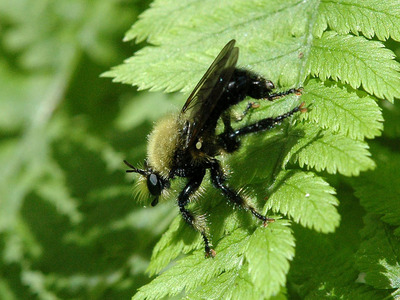 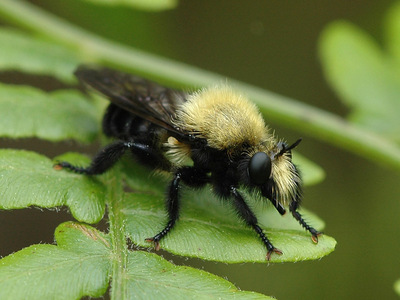 Female. notice the dark, not yellow, beard and the black hairs on the legs.