This is a very different looking Laphria species and when I saw it for the first time in 2008, I didn’t know that it was in this genus. I went back to the same site four times in the next week, but never saw this species again. In 2009, I was surprised to find it in Waushara County, at a site that I have visited often. This species seems always to be on the move, much like the wasps that it mimics.

This is a dark Laphria, somewhat larger than L. canis with the femur and tibias all a bright reddish color that clashes with the black of the body and makes this insect appear larger than it is.

Woodlands and woodland edges. All sites where I have seen this species included small piles of old whitened wood where this species really sticks out because of its reddish legs that clash with the white background.

Early June and through July.

This species is not common in Wisconsin. 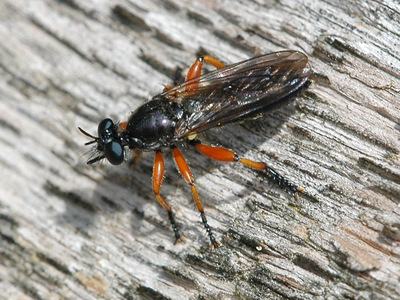 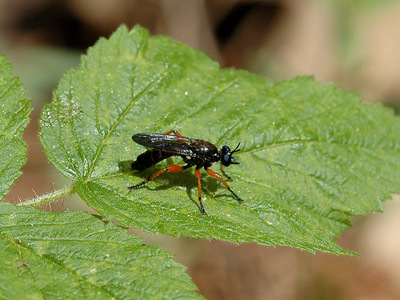 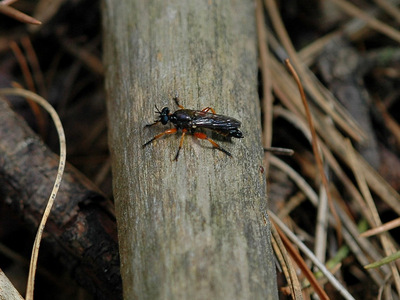 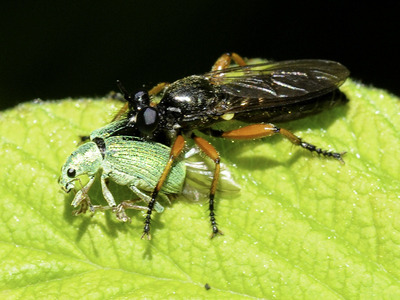