This small robber fly is one that I noticed first while trying to learn about the tiger beetles. It is often found in open sandy areas where tiger beetles might be found, but they can be especially abundant on sand along the rivers. They were extremely abundant along the Eau Claire River in Eau Claire County.

In Michigan, Baker & Fischer (1975) give the flight range of 44 specimens as June 17 to August 6, but these were photographed nearly two weeks after their late date. 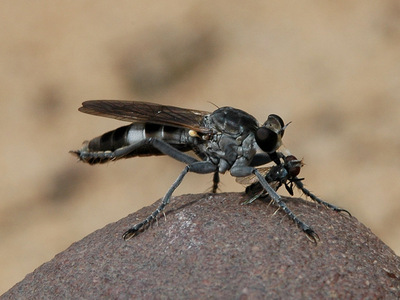 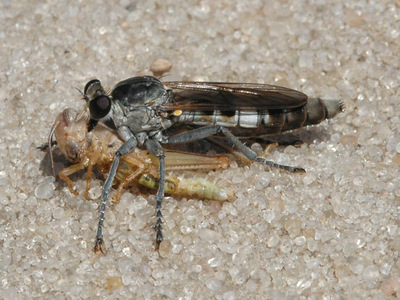 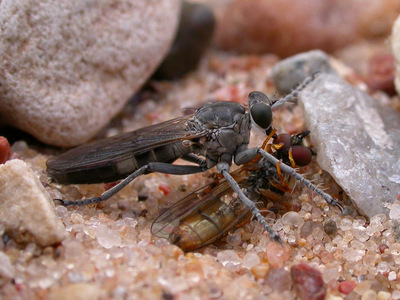