This is an especially large species that is found on sandy soils in the southern part of the state. The first ones I saw were at Spring Green Preserve and I couldn’t get close for a photo. I saw one on the path and tried to sneak up on it but it would fly away before I could get a photo. The temperature however was in the 90s and this species was very active. About a week later I was able to get there earlier in the day and I was able to photograph them. My favorite colony of this species in at Emmons Fishery Area in Portage County where they are easy to spot on the open sandy areas and it is easier to maneuver to get a photo. Although I have observed this species on many occasions in 2007-08, I have yet to see one with a prey or to see a mated pair. 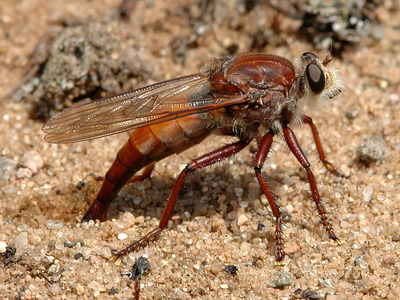 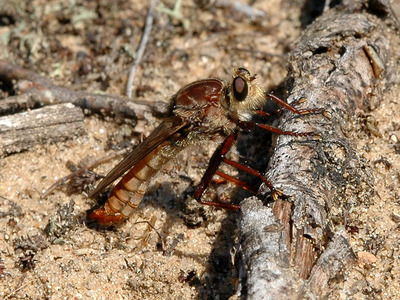 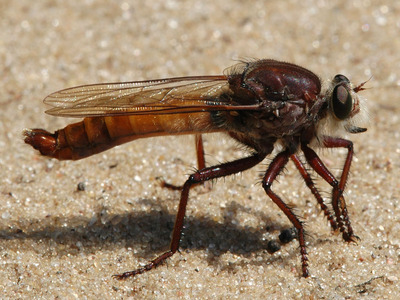 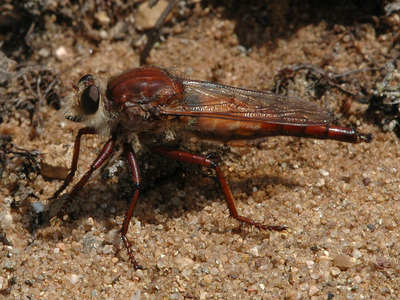