This is not a common species east of the Mississippi River. The only population that I have seen is at Buena Vista Marsh and I didn’t see them until 2007 and did not recognize that they were not P. vertebratus until 2008 when I finally saw males flying around with their white tails. P. vertebratus is fairly common here and I had taken photos of that species each year since 2004, so I was surprised to see another Promachus sp. here. On the day that that I took the photo of the mated pair, I did see P. vertebratus and also Proctacanthus milbertii all in the same acre of open grassland.

Large robber fly with red-green eyes. Male has a white-tipped tail and yellowish appressed hairs on the abdomen.

P. vertebratus has mainly green eyes, although in some light it may look somewhat red, orange tibias, and a lighter abdomen that has more obvious dark markings on the top of each segment. This species could also be confused with P. bastardii whose male also has a white-tipped tail and is about the same size. P. bastardii has brownish eyes and whitish appressed hairs on the abdomen.

Observed only in late July.

Easily observed at Buena Vista in 2008. 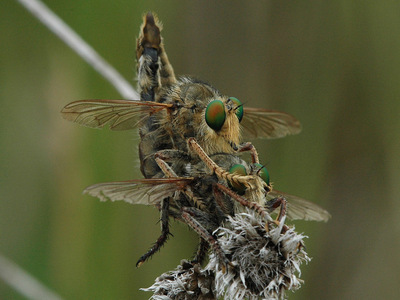 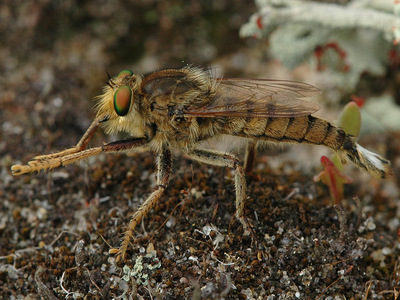 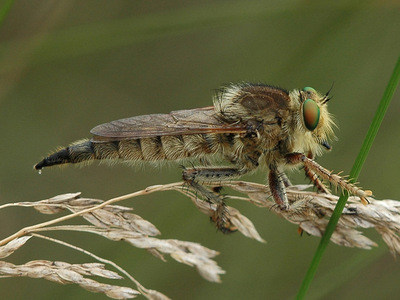 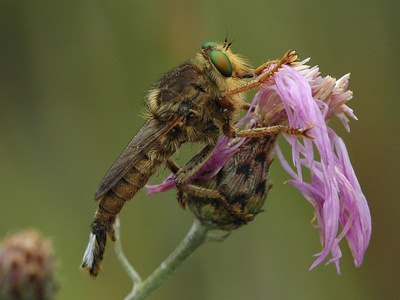 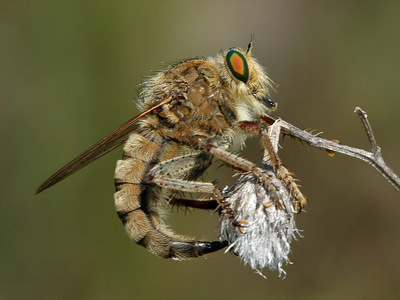 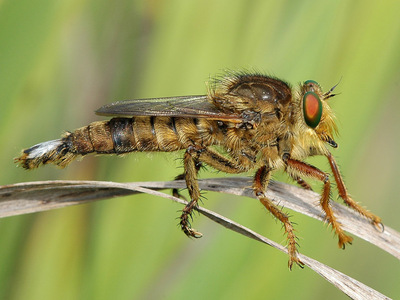 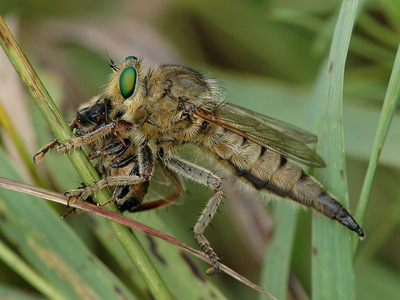