This species is the most common member of this genus in Wisconsin. They are very obvious when flying as they make lots of noise when flying and when mated this species may be seen flying ten feet high over the grasslands. It is easy to see them spinning somewhat out-of-control as it is not clear who is leading as they seem to spin or somersault as they fly.

A large robber fly with mainly green eyes but sometimes with some red. The tibias are orangish but are somewhat variable and sometimes have small hairs that obscure the tibias and other times the tibias are brilliant orange as in the photo taken on July 23, 2007. The abdomen is light with contrasting dark marks on each abdominal segment.

The other Promachus species are similar in size but really shouldn’t be mistaken for this species. Males of P. fitchii and P. bastardii have white-tipped abdomens and both sexes of these two species lack the obvious contrasting dark marks on each segment of the abdomen.

Not especially abundant but it is hard to miss this species when in prime flight because of how noisy they are when disturbed. 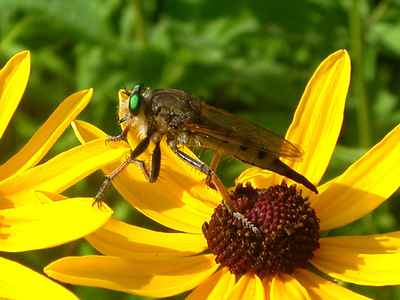 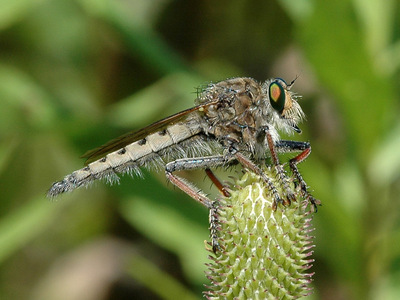 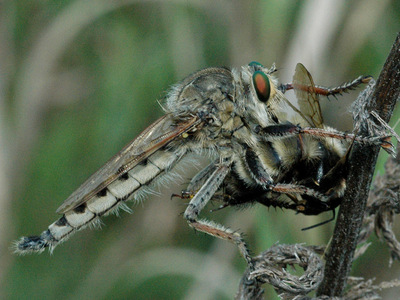 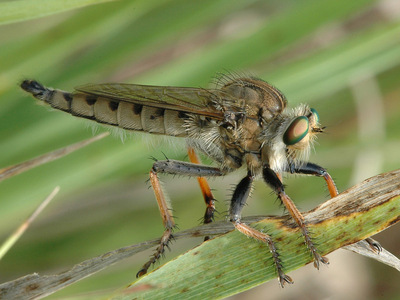